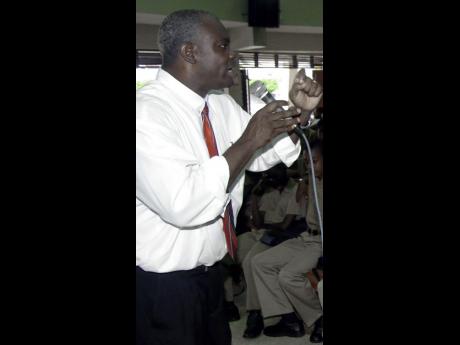 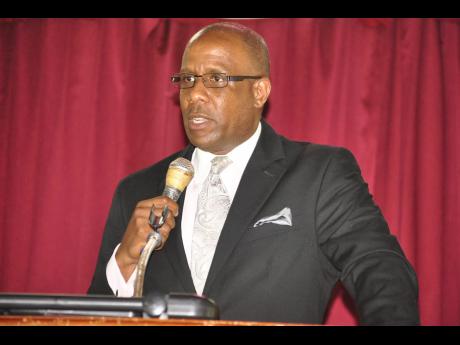 Two powerful church groups, the Jamaica Evangelical Alliance (JEA) and the Seventh-day Adventist Church in Jamaica, are distancing themselves from a planned two-day conference, to start tomorrow, which seeks to examine the Church and anti-buggery laws across the Commonwealth.

Bishop Alvin Bailey, JEA president said that his organisation strictly considers as sinful and unacceptable, sexual practices that are contrary to biblical principles, including the hot-button topic of buggery, in his reaction to an ad placed in The Sunday Gleaner under the title 'Intimate Conviction', an international conference examining the Church and its stance against the repeal of the buggery law.

Putting distance between the JEA and convenors of the conference, Bailey said that his group "wishes to dissociate itself from any organisation or persons, local or international, that promote or seek to promote the normalisation of deviant sexual behaviour such as homosexuality and buggery".

"The JEA also upholds the law against buggery, as set out in sections 76, 77 and 79 of the Offences Against the Person Act, and is strongly and unequivocally opposed to its alteration or repeal," Bailey stated.

Meanwhile, the Seventh-day Adventist Church is advising its members that although one of the speakers at the conference, Dr Keisha McKenzie, may be an Adventist, she does not speak on behalf of the Seventh-day Adventist Church globally or locally, and that any statement or utterance by her concerning the conference's theme should not be taken as an official statement or position of the church".

"We believe that sexual intimacy belongs only within the marital relationship of a man and a woman. This was the design established by God at creation. Throughout Scripture, this heterosexual pattern is affirmed. The Bible makes no accommodation for homosexual activity or relationships. For these reasons, Seventh-day Adventists are opposed to homosexual practices and relationships," a release over the signature of Nigel Coke, its communication officer said.

The dialogue was ratcheted up when, in July, Bishop Howard Gregory, head of the Anglican Church in Jamaica and the Cayman Islands, made a submission to the parliamentary committee examining the Sexual Offences Act and related laws.

Gregory underscored his personal position in recommending the removal of the offence of buggery from the law books, the widening of the definition of rape, and recognition of marital rape.

Further, the Missionary Church Association of Jamaica recently rebuked one of its own, the Rev Dr Garnett Roper, over his support for the repeal of the buggery provision in the Offences Against the Person Act.

Roper and Gregory, to date, are the most senior Christian leaders and thinkers in the country who have come out in support of the buggery law repeal. They have said that they do not personally support the act.

The conference is scheduled for October 12-13 at the University of the West Indies Regional Headquarters and will have several speakers from the Anglican, Adventist, Baptist, Roman Catholic, Evangelical and United Churches delivering addresses.

Multiple attempts to reach the organisers of the conference for a comment were unsuccessful.