'Magic pill' for Ja? - Gov't looking to introduce preventive drug to reduce the spread of HIV 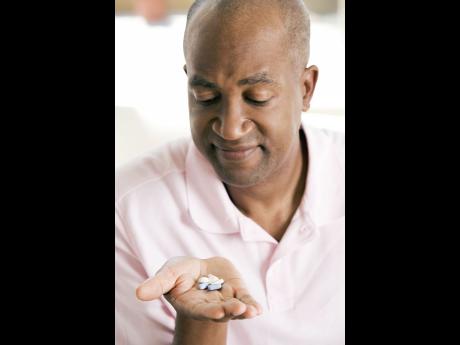 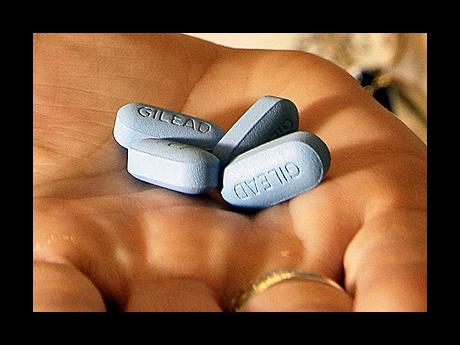 File
In this Thursday, May 10, 2012 photo, a doctor holds Pre-exposure prophylaxis (PrEP) at her office in San Francisco.
1
2

As the controversy rages over the introduction of the human papillomavirus (HPV) vaccine in Jamaica's schools, The Sunday Gleaner has confirmed that the Ministry of Health is considering introducing the equally controversial HIV prevention method, Pre-exposure prophylaxis (PrEP).

A PrEP pill is designed to be taken by HIV-negative individuals to prevent the contraction of the virus, and is hailed as a 'magic pill' in some circles; others have argued that it could contribute to a culture of "complacency and unprotected sex".

But with the 2014 Global AIDS Response Report indicating that an estimated 30,313 Jamaicans were living with HIV and approximately 25 per cent of them unaware that they were infected, the health ministry is considering all its options.

"In terms of trying to strengthen the HIV programme to reduce the impact of the epidemic, we are looking at all the recommendations that have been given by the World Health Organisation (WHO), and PrEP is one of those," said Dr Nicole Skyers, director of the HIV and STI unit at the Ministry of Health.

"We are trying to get a feel of what the public thinks about PrEP, and also to do our internal piloting in various spaces, and based on the outcome of that, we would say to the Ministry of Health's wider directorate that we recommend that this be implemented in this way," added Skyers.

Questions regarding PrEP have been included in a quadrennial HIV/AIDS/STD National Knowledge, Attitudes, Beliefs and Practice Survey now under way, and are also expected to feature in surveys involving female sex workers and men who have sex with men.

The survey, which started this year, will be conducted across all parishes with persons being asked, among other things, if they had previously heard about the PrEP medication and if they would be willing to take the pill daily.

"Everybody knows that condom use is way below what it ought to be within our context, so you have to look to say do we do it (PrEP) with everybody or do we do it with our populations that are high at risk of HIV infection," said Skyers.

"So if you are a low-risk person, maybe PrEP is not necessarily for you."

Just like with most medications, there are side effects to PrEP, with some of the more severe ones being worsening of hepatitis B infection, too much lactic acid in blood, kidney problems, severe liver problems and bone problems.

It is with these in mind that Skyers warns that PrEP is not just about taking a pill, but also doing regular check-ups.

"Persons on PrEP need to be tested every three months for HIV and STIs, and they need to have their liver and kidney functions tested," Skyers explained.

"So it's not just to say we're implementing PrEP; here is your pill. It's not that simple. We have to do a pilot to see what the best avenue is for it within our context. The WHO has two arms - where you stay on the pill every day and there is also the option of using it around exposure to that risky sexual act - so we have to determine what is the best fit for our population if we decide to go down that road," said Skyers.

In the meantime, Minister of Health Dr Christopher Tufton told The Sunday Gleaner that with the support of donor funding, the HIV/STI/TB Unit is in the process of recruiting a consultant to conduct a PrEP pilot in 2018.

The pilot will determine the recommendations made to the ministry re the implementation of PrEP.

The WHO has reported that the efficacy of oral PrEP has been shown in four randomised control trials to be high when the drug is used as directed.

Persons who take PrEP daily are said to reduce their risk of getting HIV from sex by more than 90 per cent, but the drug can also be taken just around the risky sexual act.