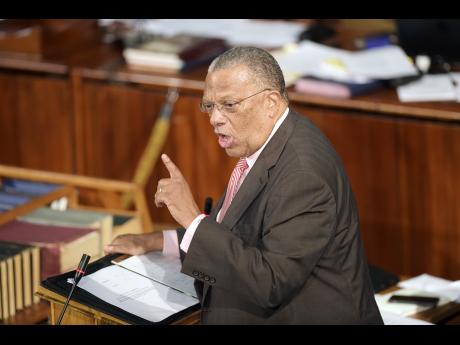 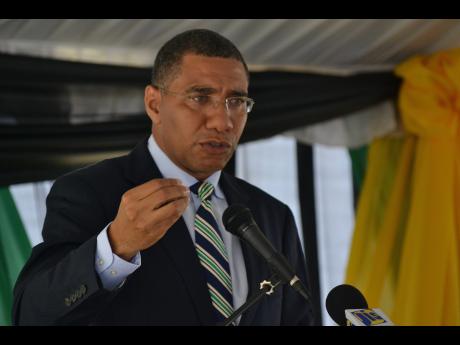 Opposition Leader Dr Peter Phillips has criticised the Andrew Holness administration for what he says is its failure, since being elected Government, to continue the necessary reform of the economy at the pace that is needed.

"I think what is clear is that the reform momentum has been lost," Phillips told The Gleaner in a recent interview.

"The critical areas that needed to be addressed in ways that would generate the growth in the economy have not occurred. In fact, the leader of the IMF Mission to Jamaica said as much in the last mission review, but it was put more diplomatically," charged Phillips.

At a media briefing following the second review under the three-year Precautionary Stand-by Arrangement, head of the IMF Mission Team to Jamaica Dr Uma Ramakrishnan emphasised the need for the Government's reform agenda to be accelerated.

While applauding Jamaica for meeting its targets, Ramakrishnan pointed out that the attainment of greater public-sector efficiency is contingent on timely restructuring of the civil service, which "cannot be delayed much further".

That was accepted by Holness, who told the briefing that the Government's programme of economic and structural reforms, now under way, was to be expedited.

"We no longer have the luxury of delay," declared Holness.

But that failed to satisfy Phillips, who told The Gleaner: "I am particularly concerned about the failure to engage the public as a whole in these areas. This is reflected in the philosophy of governance that separates the PNP (People's National Party) from the JLP (Jamaica Labour Party)," said Phillips.

According to the opposition leader, the former PNP administration tried its best to engage the public in all the areas of the difficult reform process, on which it embarked from 2011 to 2016.

"Our approach allowed an engagement of the trade unions and the other stakeholders in the society about the rationale for the different areas of change. The engagement of the general populace has been lost," said Phillips.

He charged that the Government has said nothing about the labour market reform that is necessary, and the desperately needed public-sector transformation now seems focused on cost containment rather than growth policies.