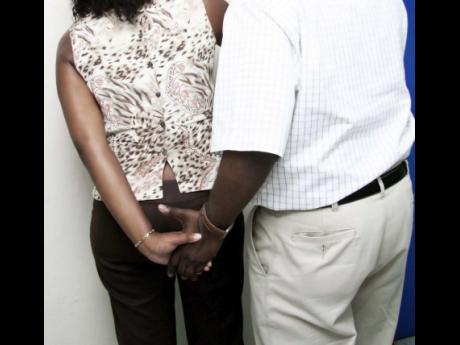 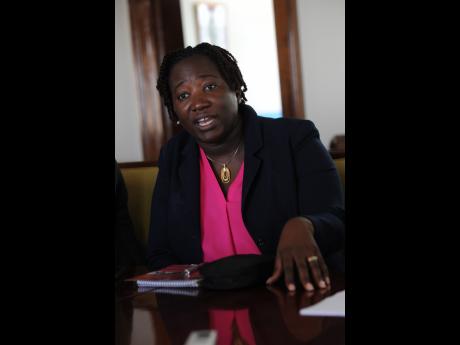 The Jamaica AIDS Support for Life (JASL) is warning Jamaicans that persons in committed relationships with cheating partners are just as susceptible to contracting HIV as the most vulnerable group, men who have sex with men (MSM).

The JASL's position is supported by a 2012 modes of HIV transmission study conducted by the Ministry of Health (MOH). The study indicated that 30 per cent of new HIV cases were expected to come from low-risk heterosexuals and partners of casual heterosexuals; in other words, persons who are committed to their partners, but their partners are unfaithful.

And while the study has not been repeated since 2012, executive director of JASL, Kandasi Levermore, told an Editors' Forum at The Gleaner's North Street head office last Thursday that based on the cases it is seeing, the findings of that study still apply.

Of note is that sex workers or prostitutes are projected to be least at risk of contracting HIV, and Policy and Advocacy Officer at JASL, Patrick Lalor, attributes this to them acknowledging their risk factors even more than some married women.

"A married woman might think her husband is faithful, but he may be engaging elsewhere, even with a sex worker," said Lalor.

Levermore argued that the risk facing women in committed relationships is compounded where gender-based violence exists as these women have no control over their sexual interaction.

"The reality is when you are in a powerless relationship you don't have a say over what you are able to do. You cannot negotiate condom use and you cannot insist on when and how you want to have sex," said Levermore.

"Another feature of our culture is men having multiple partners because that is just the manly Jamaican thing to do. And so when a woman is in a situation where you cannot negotiate condom use and you know your husband might be unfaithful to you, you are putting yourself at risk.

"And we see it all the time where women will make the decision to stay in a situation which is not necessarily good for them, and that increases their risk," added Levermore, as she explained that even if some of these committed women object to sex with their partner out of fear that they might be putting themselves at risk, the husbands force them into the act.

"We see that in a lot of relationships and people might not say they were raped, but they come in and they tell you how violated they felt and how much they did it against their will; but it is rape," Levermore stressed.

"But they are in these relationships and it is transactional, it is social, it has family implications, children are involved and it is difficult (for the women to leave). They are not giving up the house and the car and the fact that their children can go to this or that type of school."

JASL has found it difficult to work with upper- and middle-class women who are in abusive relationships as they often stay silent, but Levermore is encouraging them to reach out to organisations such as Women's Resource and Outreach Centre, Women's Inc, and the Centre for the Investigation of Sexual Offences and Child Abuse for advice and counselling.