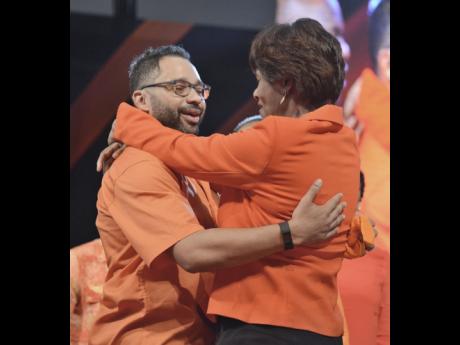 Depending on today's result in the by-election between the Jamaica Labour Party's Dr Norman Dunn and the People's National Party's Dr Shane Alexis in South East St Mary, another legal battle over who is qualified to sit in the country's Parliament could emerge.

Last Friday, K.D. Knight told PNP supporters in Annotto Bay that he is ready to defend Alexis if the need arises.

Alexis has been the subject of public controversy after it was revealed that he was not a citizen of Jamaica, having been born in Canada.

The JLP has frowned upon the revelation, not only questioning the legality but the morality of such a move.

It has also dropped hints of a legal challenged should Alexis be declared the winner when the ballots are counted tonight.

At a JLP meeting last Saturday, Minister of Justice Delroy Chuck made it clear that under his watch, a non-Jamaican would not sit in Parliament.

"As your minister of justice, let me say plainly and authoritatively, no non-Jamaican going to enter our Parliament. If you're not a Jamaican citizen, you have to come to Parliament as a visitor, not as an MP," declared Chuck.

At the same meeting, JLP leader, Prime Minister Andrew Holness, indicated that the party's stance is not that only persons born in Jamaica can sit in the Parliament.

He said that those who are not born in Jamaica could still offer themselves for election, but there must be a minimum requirement of being a Jamaican citizen, which he argued is the ultimate display of commitment to the country.