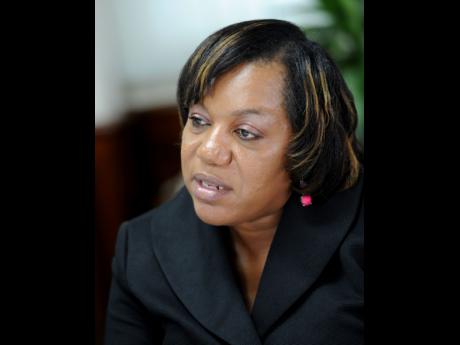 Rosalee Gage-Grey will continue to provide interim oversight leadership of the newly merged Child Protection and Family Services Agency (CPFSA). Youth Minister Floyd Green has said that no decision on leadership change has been made.

The CPFSA, which is the merger of the Office of the Children's Registry and the Child Development Agency, became effective on November 1 and is expected address issues of accountability and the delays in dealing with child abuse cases.

At a press briefing held at the ministry's offices in downtown Kingston, Green said that he expects that come next year, all the phases would be completed to fully operationalise the entity.

"There will always be some level of ring fencing and separation of the registry because it is important for people who want to report anonymously, and we have to put in those safeguards. So there's one head, who, in the interim, will be Mrs Gage-Grey," Green said.

"It's one agency, so if someone calls with a complaint to say that their report was not recorded appropriately, you send it to one agency and they do the internal work. I think that will help people who, oftentimes, unfortunately, will go to one and you're told that you have to go to another, and quite frankly, people don't want to hear that," he said

Green also sought to reassure persons that there continued to be a renewed focus on ensuring that both rural and urban areas are given equal opportunities of child safety and protection.

"One of the things from the full merger report was a call to strengthen our system out of the urban centres and into our parishes. We have done a good job of identifying hot spots in relation to child abuse, and they span both centres and rural areas, and we recognise that it has to be a broad-based approach," Green said.