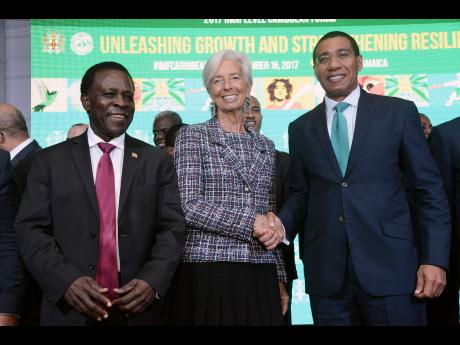 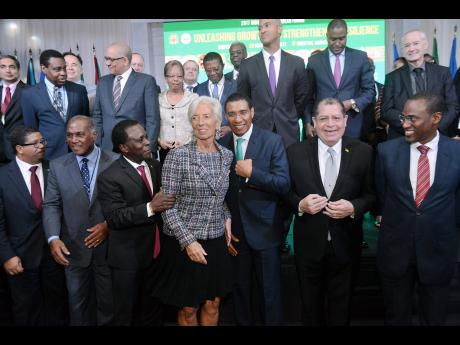 Corporate sweetheart deals are hurting Caribbean countries, and their leaders, recognising this, are making a concerted effort to move away from the practice, which was once the tool of choice to lure investors to their respective countries.

Their resolve is being fuelled by the low levels of growth in the Caribbean despite gifting big companies with tax incentives for decades.

According to the IMF boss, "The problem with the race to the bottom - offering the best possible tax deal, at the lowest possible rate, over the longest possible time - is that everybody ends up at the bottom, and the capacity to generate revenues and growth is impeded for all of them."

In an exchange with Lagarde, Prime Minister Andrew Holness said that it was policy in Jamaica that the country could not grow through offering incentives.

"We can't afford it," the prime minister argued, pointing out that the Government needed stable and predictable revenues to properly function.

Lagarde yesterday hailed the Jamaican Government for tackling the issue, declaring that it had been "very brave" in eliminating most of the tax concessions and tax deals that were once offered to attract investors.

She contended that despite the move, the Jamaican economy had still managed to create record levels of jobs in the economy.

On that point, Holness argued that offering incentives did not always benefit nationals in the long term.

... Companies must grow up - Turnquest

Deputy Prime Minister of The Bahamas Kevin Peter Turnquest, in his contribution to the discussion, said that in his country, the idea of tax incentives was becoming a thing of the past, even though there was a policy of no corporate income tax.

Turnquest said that The Bahamas was seriously looking at its tax incentive policy with a view to rolling back on some of the goodies it offers.

"Lots of the industries that we give concessions to are mature industries, and at some point, they have to grow up, otherwise we are just doing corporate welfare, and that doesn't help our people," Turnquest said.

"It is why we have continued debt accumulation, yet we have growth," he added.

While agreeing and acknowledging that the issue of tax incentives has been a problem in the Caribbean, Prime Minister of Grenada Keith Mitchell said that the issue must be addressed at a regional level.