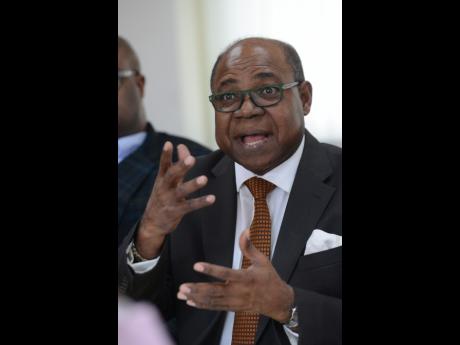 Next week's staging of a global tourism conference in Jamaica is a resounding validation of the strength of Brand Jamaica, says Tourism Minister Edmund Bartlett.

The 'Global Conference on Jobs and Inclusive Growth: Partnerships for Sustainable Tourism' will be held at the Montego Bay Convention Centre in St James, where at least 800 high-level industry leaders from 157 countries will converge from November 27-29.

The conference is being held within the framework of the International Year of Sustainable Tourism, the first time the World Bank Group will partner with the Inter-American Development Bank and the United Nations World Tourism Organization (UNWTO), as well as its affiliate members to stage a global event on tourism in the Caribbean or the Americas. This is being done with support from two esteemed UNWTO affiliates - Chemonics International and George Washington University.

The fact that despite its size of a mere 4,411 square miles, with its entire coastline amounting to only 635 miles and occupied by a population of approximately 2.7 million, the global community is well aware of the countless things that make Jamaica an ideal destination for both business and pleasure, Bartlett told a Gleaner Editors' Forum last week at the media house's North Street, Kingston, office.

"Everybody was excited, so it was a no-brainer. It was the easiest sell," the minister explained about the response when he first pitched the idea while chairing a plenary session of the UNWTO during his tenure as opposition spokesman on tourism.

"Chemonics was the private-sector company that supported us initially and said yes. Then the Japanese came in and said, 'Yes, we will do the technology side and so on. Jamaica, yes, that's the place to go.' Everybody was excited about going to Jamaica," Bartlett recalled.

"George Washington University came in and said of course, there is an academic component to this that must be preserved."

On December 4, 2015, the United Nations General Assembly approved the adoption of 2017 as the International Year of Sustainable Tourism Development centred on activities which, among things, would generate greater awareness of the rich cultural heritage of various civilisations and resulting in a better appreciation of the inherent values of different cultures.

The five key areas around which it envisioned that year will support and promote are:

Jamaica is, therefore, going all out to capitalise on this once-in-a-lifetime opportunity to lay a solid platform for a start to addressing, in a practical and sustainable way, longstanding socio-economic issues that continue to fuel crime, Bartlett pointed out.

"It's the first and, probably, will be the only tourism conference of this nature to be held on planet Earth, because we've never had a tourism conference that has cruise and land base together - airlines, bankers, academia, NGOs, ministers, prime ministers and presidents of countries. And I don't know if it's even

replicable, because I don't know if there is ever going to be another International Year of the Sustainable Tourism for Development," he opined.