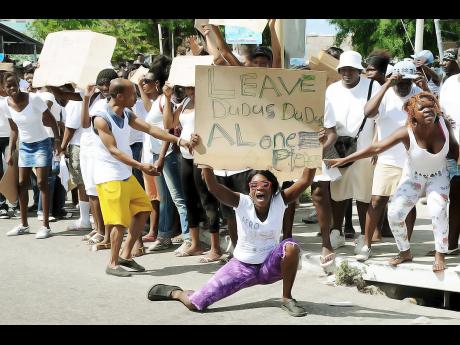 File
In this March 2010 file photo, supporters of then Tivoli strongman Christopher 'Dudus' Coke demonstrate along Spanish Town Road against plans to have him extradited to the United States. 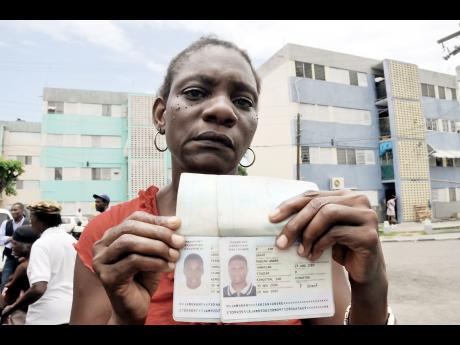 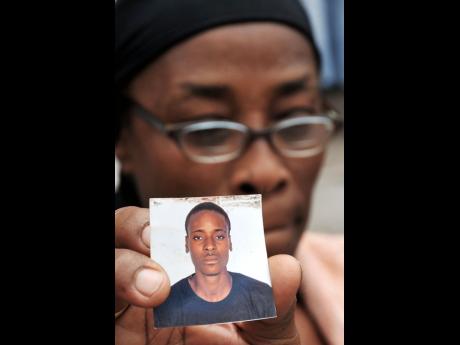 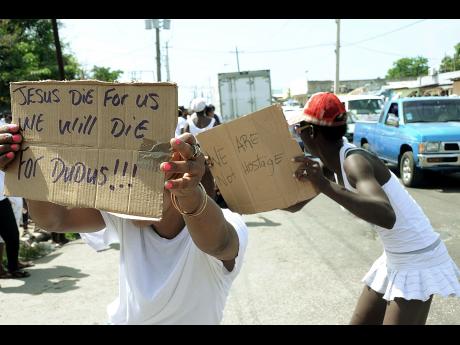 Cash awards totalling $134 million have been made to the estates of men killed during the May 2010 incursion by the security forces in west Kingston to serve an extradition warrant on then Tivoli Gardens strongman Christopher 'Dudus' Coke.

Sums amounting to $102.4 million have been paid to the estates of 14 men whose right to life may have been intentionally violated. The sums ranged from a low of $6.1 million to a high of $13.7 million.

The West Kingston Incursion Commission Compensation Committee, chaired by retired Justice Seymour Panton, had suggested payments to the estates of the deceased, following recommendations by the commission of enquiry into the events of May 2010 in west Kingston.

In this regard, breaking down payments in three categories (A-C), the committee said that the compensation to the estates falling in Category A covered payment for the men whose constitutional right to life had been violated.

In Category B, the estates of two men whose right to life may have been violated by the use of mortars have received $9.4 million.

According to the committee, the commission of enquiry did not hear evidence in relation to the deaths of the individuals listed in Category C. "There are, therefore, no express findings of liability on the State," the report, which was tabled in Parliament on Wednesday, stated.

It said that the examination of the claims in Category C was conducted "with a view to providing the State with a guide as to what, in the committee's opinion, would be an appropriate award were the State to consider an ex-gratia award or be found liable for the deaths of these individuals."

The committee also made recommendations to the Government for payments to be made to successful claimants for personal injury and property damage or loss. This brings the overall sum awarded by the Government to $200 million as reported by Justice Minister Delroy Chuck on Wednesday.

At the same time, the committee pointed out that it had been advised that a number of the estates that advanced claims before it for compensation also commenced claims in the Supreme Court, seeking damages for negligence, public misfeasance, and infringements of various rights under the Constitution, including the right to life.

The committee made it clear that the matters addressed in the various categories related only to persons to whom evidence was adduced at the enquiry.

According to the committee, it remains open for the estates to pursue claims before the courts if dissatisfied with its recommendation.

The recommendations of the committee are broken down as follows: