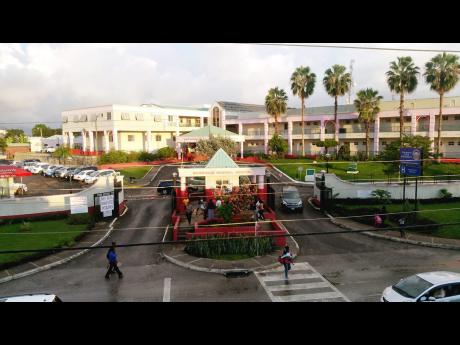 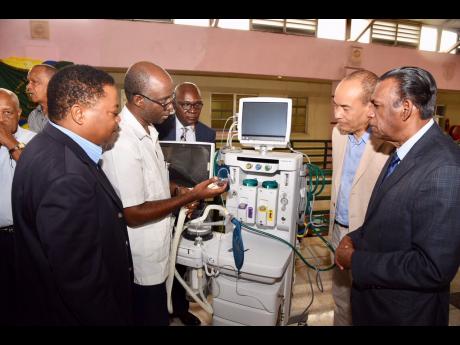 In 2015, then Minister of Health Dr Fenton Ferguson, in response to several concerns raised about the status of public-health facilities, ordered an internal audit in the four regional health authorities to "determine safety and functionality of the systems". Two years later, The Gleaner has sought to find out what has been done to address the myriad of problems uncovered by the audit. These are some of the findings from the South Regional Health Authority.

Alwyn Miller, chief executive officer (CEO) of the Mandeville Regional Hospital, is confident that the availability of equipment at the facility has improved significantly since a Ministry of Health audit uncovered shortages two years ago.

The audit, conducted by the Southern Regional Health Authority (SRHA) in May 2015, found deficiencies in the supply of cardiac monitors, suction machines, infusion pumps and incubators in the high-risk clinical service delivery areas at the Mandeville Regional Hospital and the May Pen Hospital.

The audit, which was in response to complaints from the Jamaica Medical Doctors Association about poor working environment in public hospitals, assessed health and safety standards, as well as the availability of critical drugs, equipment and sundries.

Miller said that increases in the stock of equipment resulted from donations received from the Programme for the Reduction of Maternal and Child Mortality (PROMAC).

According to Miller, the inventory will be further improved with the anticipated donation of equipment courtesy of the Sagicor Sigma Corporate Run.

"An estimated percentage of improvement in the availability of equipment would be approximately 70 per cent, particularly considering the provision of incubators, radiant warmers, cardiac monitors, among other machines under the PROMAC project, as well as other benefactors," Miller told The Gleaner.

He said that there was an arrangement for maintenance of PROMAC-sponsored equipment, in addition to the hospital's pre-emptive maintenance schedule, managed by the biomedical department supported by external contractors, where necessary.

"The hospital has initiated efforts to strengthen the capabilities of the biomedical department as part of its strategic plan which will enhance its overall maintenance capabilities," added Miller.

The CEO pointed to an increase in the supply of stretchers in the accident and emergency department by way of continuous purchasing by the hospital and donations from benefactors.

However, he noted that availability fluctuates depending on the patient load.

CEO of the Mandeville Regional Hospital, Alwyn Miller, has admitted that while the availability of drugs at the facility has improved since a 2015 audit identified this as a problem area, supply may fluctuate depending on availability from the National Health Fund (NHF) through its subsidiary Drug Serv.

According to Miller, in times of shortage, the hospital procures drugs externally.

But former president of the Nurses Association of Jamaica President Janet Coore-Farr is not impressed.

According to Coore-Farr, even with support from the NHF, drugs that are important and necessary are still short across the public-health sector.

"Looking at Jamaica's sustainable development goals in health, we will not get there, we can't get there on shortages," declared Coore-Farr.

Dr Elon Thompson, president of the Jamaica Medical Doctors' Association, also pointed to a shortage of some drugs in the public health sector but he argued that this could be caused by improper inventory management.

"When the investigation is completed, the drugs may be there - which is not to say some drugs are not short. However, it has been studied and proved that inventory management is poor throughout the health system; drug inventory, equipment inventory and disposables inventory," stated Thompson.

Notwithstanding the shortage of some pharmaceuticals, Mandeville Hospital currently has adequate supplies of sundries such as linen caps, overshoes and face shields available for use in the operating theatre.

These were in short supply at the time of the audit in May 2015. In addition, the previous hand-wash faucets within the operating theatre were replaced with pedal-operated fittings, which do not require direct hand contact.