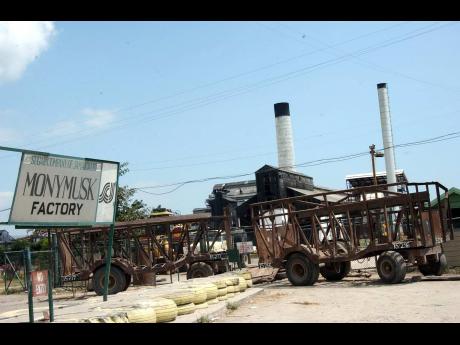 "Yes, we have reached out to JAMPRO and Petrojam with our business model and are now seeking to engage in dialogue with Pan Caribbean Sugar Company to acquire Monymusk," said Anthony James, CEO of Yallahs International.

"We are not sure of the business model at this point. That will be determined in our discussions with the owners, and that discussion could result in a variation of economic models, it could be joint venture or a purchase of the facility.

"What we do know is that the future of Monymusk under Pan Caribbean is uncertain and we are convinced that we can leverage the operations of that facility and do well," added James.

Officials of PCSC have repeatedly expressed their desire to offload the Monymusk factory after racking up almost $6 billion in losses since they purchased the Lionel Town-based facility, along with the Bernard Lodge and Frome estates in 2009.

The Government was forced to operate the factory last year to avert job losses and the consequent fallout in the sugar-dependent communities along the Vere Plains sugar belt, after PCSC decided to close the facility indefinitely.

Yallahs International Inc is trying to set its foot in the sugar market, and not the first time. It lost its bid to purchase Long Pond Estate in the early 1990s to British firm Tate & Lyle.

"Over the years, the industry has been trying the same old strategies and expecting a different result, but the technology to extract value-added products from the sugar cane has improved tremendously," said Anthony James, CEO of Yallahs International.

"We have been able to acquire some of that technology, and we are now saying to the sector, the old way cannot work anymore, let us transform the sector."

Talks with the All Island Jamaica Cane Farmers Association (AIJCFA) are yet to be finalised, but James is depending on JAMPRO to coordinate discussions with other stakeholders.

"The proposal for change does have sugar cane as the basic raw material, with farmers guaranteed a sustainable market for their product, but this will demand greater efficiency and productivity," said James, who added that the company would be willing to offer US$30-US$35 per tonne of cane.

The group, which includes Everton Simpson as chief operating officer, Reverend Paulette Wright as the chief agriculture adviser, and noted attorney-at-law Ian Wilkinson as a director and chief legal officer, sees a move from just production of sugar, molasses and rum to a greater output in ethanol and other value-added products.

"What we are doing is expanding the value of sugar cane to produce a great amount of revenue, so productivity will have to improve from the present 40 tonnes per hectare. We are now operating on a global market, and that is not good enough," said James.