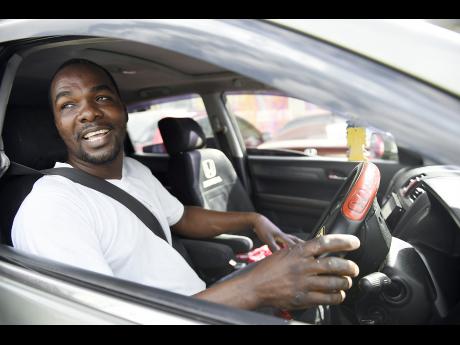 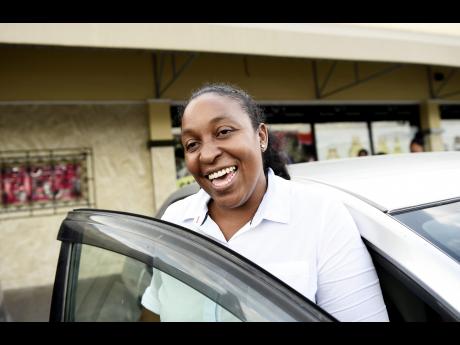 Gladstone Taylor
Sharlene McKen describes her experience as a motorist in Kingston as she attempts to finalise her Christmas shopping. 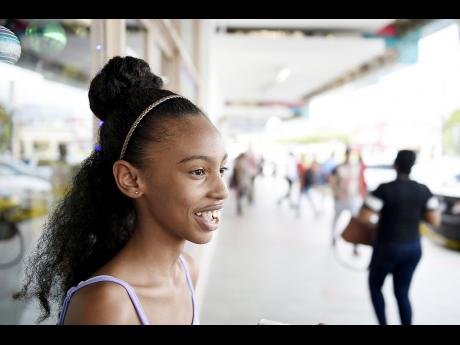 Annoyance, frustration, and fatigue overwhelmed scores of persons yesterday as they tried to get their final Christmas shopping done in the Corporate Area.

Lewin Simpson, who spoke to The Gleaner while doing his shopping at Tropical Plaza in St Andrew, said that between waiting for hours in traffic and manoeuvring the rush on the streets, it had been a tiring experience. He said, however, that he made the effort as the gifts would put a smile on his children's faces.

"I've been on the road from 7:30 a.m. I went by Sovereign Centre (Liguanea), and it took me almost an hour to get parking. I sat in the car, drove around the plaza in circles, just trying to get a spot. We left from there, and heading here (Half-Way Tree) was another controversy. My wife and kids are in the store, while I am sitting here, waiting for parking," he said.

"The Christmas rush is certainly on. I can't wait to reach home. I told my wife that I am not going anywhere for Christmas - no country, no outing, nothing. I called my mother (in the country) and told her that I'll send her Christmas gift, but I am not leaving my house," Simpson said.

Similarly, Charlene McKen, who was at The Springs plaza, said that having been on the road from 9 a.m., it became frustrating as she tried to get to her destination.

"It's really hectic, and I'm annoyed. I went to a few stores, and they were crowded. It also took a while to get parking. I just want to get off the road," she said.

"My daughter is with me, and she is actually loving it, but I, on the other hand, I'm longing to go home."

LOOKING AT THE BRIGHTER SIDE OF THINGS

Samoya Blake, who was at Tropical Plaza, sought to look at brighter side of things. She said that despite the frustrations, the joy of spending time with family outweighed the challenges.

"Well, the traffic to get here was miserable, and the sun is hot, which made it even more frustrating. However, not all the stores are full, so that's good. But you do have a lot of people on the road. I went to the store and got my stuff in relatively good time.

"Right now, I am just getting something for my cousin. I am really looking forward to spending time with my family and friends. I really love the family time and having everybody around, and, of course, the food!"