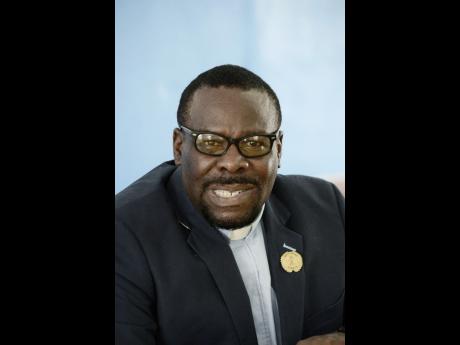 The Reverend Canon Hartley Perrin, the custos rotulorum of Westmoreland, is calling for the Government to move with greater urgency to complete the renovation of the Savanna-la-Mar police lock-up, as two of the three facilities being used to house prisoners in the division have maximised their capacity, while the other is in a deplorable state.

"We have had some successes in arresting the main culprits that were creating mayhem in the parish, but there is a concern because the Savanna-la-Mar lock-up has been out of commission for quite a while, and so prisoners are kept at Whithorn, Bethel Town, or Negril ... and I am well aware that the conditions at the Negril lock-up are appalling," Perrin told The Gleaner yesterday.

"So while the Savanna-la-Mar lock-up is being worked on, it is not being done with the urgency that it deserves, and so I am appealing to the authorities to act with haste to complete the renovation of the facility as we have nowhere to keep our prisoners, and this can be discouraging to our policemen and women."

Efforts to contact Superintendent Lansford Salmon were unsuccessful, but one veteran crime fighter assigned to the division, who spoke under condition of anonymity, told The Gleaner that the completion of the lock-up is not expected anytime soon.

"It can be discouraging, true. You are asked to do a job under a lot of strain and scrutiny, and you would think that the lock-ups would be treated as a priority," the officer said.

"We have done our part ... we have arrested several violence producers and gangsters in recent times, but even though we are giving our all, the structure remains unfinished. It is a joke."

Westmoreland has featured among the top crime-producing divisions over the past years and is edging towards the 150-murder mark for 2017, with three days to go. One hundred and fifteen murders were recorded in the parish for all of 2016.