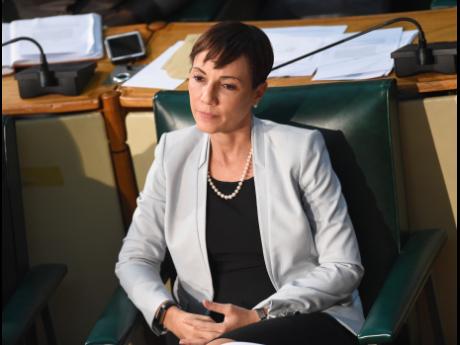 Foreign Affairs and Foreign Trade Minister Kamina Johnson Smith has expressed sadness at the tragic loss of life following a fire which occurred Thursday evening at an apartment building in the Bronx, New York.

Twelve people were confirmed killed, including four from one Jamaican family. It has been reported that a fifth Jamaican subsequently died at hospital, although the ministry is yet to receive confirmation.

“We are working with our Consulate General and the authorities in New York to obtain further information on the situation,” she said.

Johnson Smith also said that the ministry has been assured by the authorities that details such as the nationalities of the victims will be communicated through the usual channels as soon as they have been confirmed.

“At that time, the ministry will further update the public,” noted Johnson Smith.

The fire is said to have been started by a three-year-old boy who was playing with the burners on a gas stove.

The flames quickly spread and engulfed the apartment building before