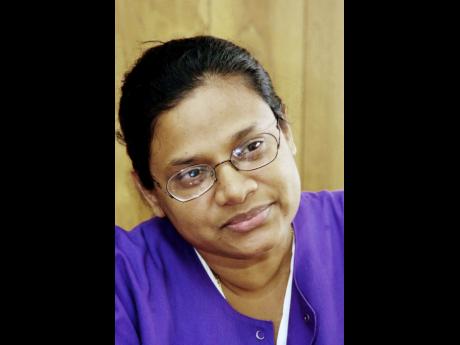 Health centres have seen an average of 41 per cent increased usage over the past year, however, Dr Jacqueline Bisasor-McKenzie, director, emergency disaster management and special services in the health ministry, said that a massive public awareness campaign is urgently needed to encourage persons to use clinics as their first point of contact with the health system. She says that it takes a long time to divert patients from hospitals to health centres.

In discussing findings from the Reducing Waiting Times in Emergency Departments project, the consultant emergency physician noted that public hospitals continued to battle with serious time constraints due to non-emergency matters. The project took place between September 2016 and August 2017.

"The time taken to divert clients to health centres is significant. It takes longer, on average, for a triage officer to convince a client that their complaint can be dealt with at the health centre than to send them to register to be seen in hospital," she said in the report.

"For 29,000 visits, with an arbitrary average of eight minutes per client, we would waste about 10 hours per day diverting clients. The client themselves waste time and resources by visiting the hospital first. A public awareness campaign must be implemented to encourage clients to visit the health centres first."

In sharing his observations as a practitioner and giving recommendations, Dr Myrton Smith, past president of the Medical Association of Jamaica, said that the issue has never been about people doubting the staff's competence within the health centres, but rather, the absence of basic resources.

"The realities that some of the patients face at some of these places is that when they go to a health centre, there is not a doctor there every day. So it depends on if they are close to what we would call a type five or type four health centre, where you, basically, have all the primary health care services, including curative services," he told The Gleaner.

"Part of any public education campaign is going to have to focus on letting patients know what some of the urgent or emergency issues are that will be accommodated so that persons don't come to the hospital at midnight because they have a skin rash that has been there for five days and they get fed up. These are some of the things we see in the emergency department sometimes," he said