For Christ's sake! Don't ban me - Controversial preacher coming for the gospel, not the gays 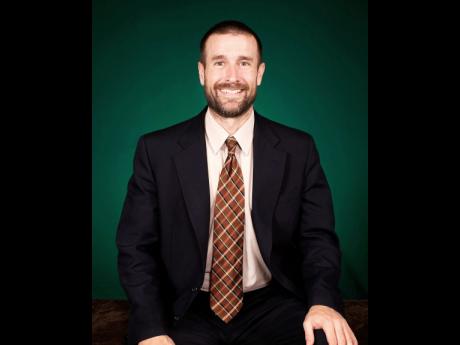 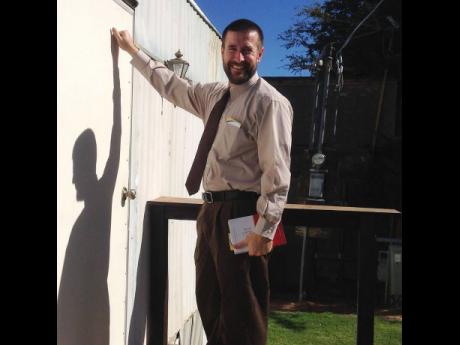 A controversial American Baptist pastor, who has been banned from preaching in four countries, says he still intends to come to Jamaica to preach, despite an online petition asking the Jamaican Government to stop his planned January 29 visit.

Pastor Steven Anderson said he has taken note of the online petition started by Jamaican gay activist Jay John to prevent him from coming on a mission trip to Jamaica, but he is not deterred.

The petition was started on change.org and up to last Thursday afternoon had secured 2,039 signatures. A petition needs 15,000 signatures for it to be reviewed by the Office of the Prime Minister. But only Jamaican citizens can create or sign a petition and the signatures must be gathered in 40 days.

Anderson is described by some critics as a hate preacher for his comments on several issues, including the 2016 shooting of 49 people inside the Pulse gay nightclub in Orlando, Florida.

He has also been accused of calling for the execution of gays by stoning, and has asserted that women should not work, lead in church or dress how they want.

But Anderson, who pastors the Faithful Word Baptist Church in Tempe, Arizona, told The Sunday Gleaner that the gay community will not be the focus of his visit to Jamaica.

PURPOSE OF HIS TRIP

"The purpose of this trip is that we are just going to go there and just preach the gospel and preach about Jesus and preach about salvation," said Anderson, who has been banned from Canada, the United Kingdom, Botswana, and South Africa.

He was banned from South Africa after a petition was started urging the government to keep him from setting foot in that country.

In the petition to ban him from Jamaica, it is alleged that Anderson has no respect for humanity and his messages are homophobic and condone violence against a group that is already marginalised.

But Anderson argued that he is only going by what the Bible says, and he intends to continue to preach despite his personal persecutions.

He told The Sunday Gleaner that some of the claims in the petition to ban him are true, but there are some inaccuracies.

"All I said was that I didn't feel bad for the people who died because they were disgusting paedophiles anyway that deserved to die, according to the Bible, but I didn't celebrate it or praise it because, obviously, I don't think it is right for people to take violent measures against these people. I don't believe in violence," added Anderson.

He said he disagrees that he has attacked women through his messages, and has challenged a part of the petition that says he strongly speaks against the use of prescription medication and refers to doctors as sorcerers.

"Teaching that women should be in their proper role is not an attack on women because women are actually a lot happier when they are doing what God intended them to do, and getting married and having children," argued Anderson.

According to Anderson, he is not surprised that a petition has been started to ban him from Jamaica.

While he will be travelling with only his son, several other persons from his 35-member team are already in the country, while others are making preparations to come.

THE WORLD HAS GONE CRAZY

"I don't think I am going to be banned, but it doesn't surprise me that they are trying to get me banned, and maybe I will get banned, but I am at least going to go there and give it a shot," said the pastor, who will be visiting the island for the first time.

"It's not like what I am saying is radical; it is just that the whole world has gone crazy accepting this disgusting perversion, and I am one of the people that still have a normal biblical viewpoint," he said.

"Over the years, there have been lots of persecutions. I have gotten tonnes of death threats. We have booked different conference centres and have had them cancel on us. We have had hundreds of protesters outside of our church before. We have had Paypal not process our donations anymore.

"Six different companies refuse to process donations for our church. So we have had a lot of businesses that don't want to do business with our church," Anderson pointed out.

Anderson was deported from Botswana in 2016 based on an order from the president, after sharing his views about homosexuality during a live radio interview in the country.

In the meantime, Jaevion Nelson, who is the acting executive director of local LGBT lobby group J-FLAG, said the group is deeply concerned about Anderson's intent to visit Jamaica, given his track record.

"We hope that the relevant authorities will take the necessary steps to monitor his visit and ensure that messages which promote hate, disrespect and violence are not tolerated," said Nelson.