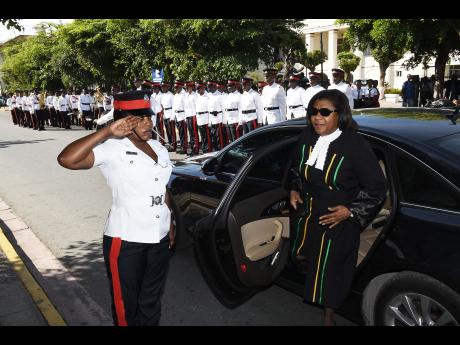 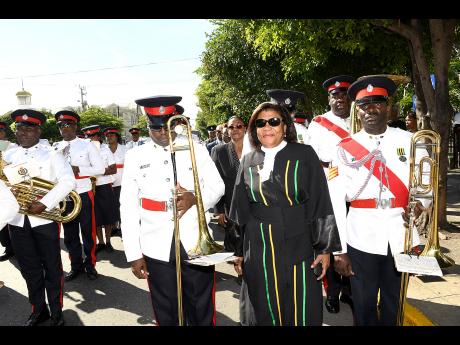 Undaunted by criticisms, Chief Justice Zaila McCalla has unveiled plans to expand the controversial Sentence Reduction Day initiative to four other parishes during the first quarter of this year.

Sentence Reduction Day allows accused persons to plead guilty and become eligible for up to a 50 per cent discount on their punishment.

Yesterday, McCalla announced that the initiative will be rolled out in the circuit courts in St James - including the Western Regional Gun Court - St Ann, St Elizabeth and St Thomas.

"We intend to press on with this initiative so we can clear the backlog of cases in the system," said McCalla, who is to demit office at the end of the month.

Her announcement came after the Home Circuit Court, located in downtown Kingston, reopened for the Hilary term with 939 cases listed for trial.

According to the Office of the Director of Public Prosecutions, this is a 51 per cent increase when compared with the 620 cases that were listed at the start of the Hilary term last year.

Sentence Reduction Days have faced sharp criticisms from persons within the society who have used the case of the so-called 'Tarpaulin Killer' to bolster their assertion that it sends the wrong signal to criminals.

Phillip Brown, the construction worker who killed his pregnant girlfriend, Kerry-Ann Wilson, then wrapped her body in tarpaulin and tried to dispose of it in a gully, was given a 15-year prison sentence after he pleaded guilty to manslaughter on Sentence Reduction Day last October.

Justice Martin Gayle, who handed down the sentence, described as troubling a section of the social enquiry report for Brown, which indicated that he was boasting he was only going to serve six years in prison. Brown is eligible for parole after serving 10 years in prison.

But McCalla and Paula Llewellyn, director of public prosecutions, have defended Sentence Reduction Days and the 15-year sentence handed to Brown.

Llewellyn noted that the main evidence available to prosecutors in the case against Brown was a caution statement he gave police investigators in which he not only detailed how he killed Wilson, but raised the issue of legal provocation.