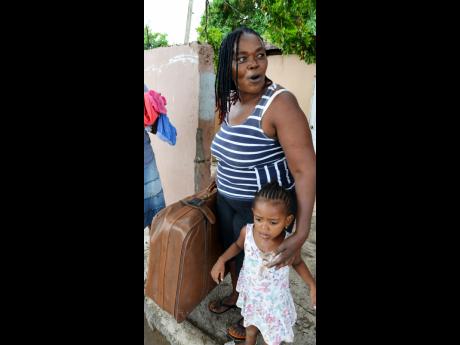 Norman Grindley
Ena Nembhard and her two-year-old granddaughter returned home to Old Harbour Bay, St Catherine, after after leaving her house because of a tsunami scare on Tuesday night. 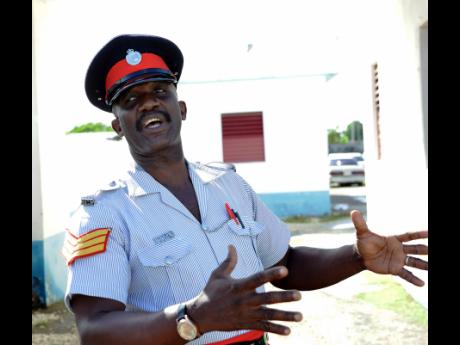 Norman Grindley
Sergeant Henry Parkins of the Old Harbour Bay Police Station explaining the tsunami preparation that the station made. 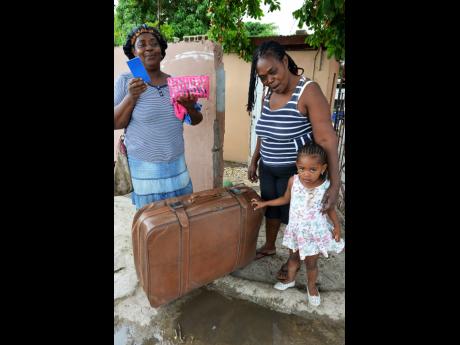 Norman Grindley
Opal (left) shows the news team her bank book and change of clothes that she grabbed as she ran for safety yesterday. With her is Ena Nembhard and her two-year-old granddaughter. 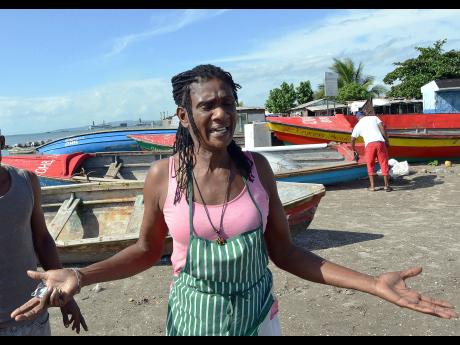 Norman Grindley
Doneth Wright Henderson told The Gleaner news team that she would not leave the Old Harbour fishing beach during the tsunami warning on Tuesday night as her husband was still at sea. 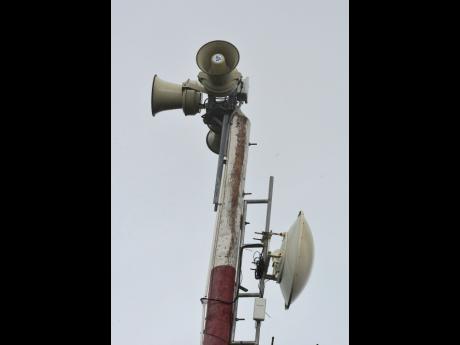 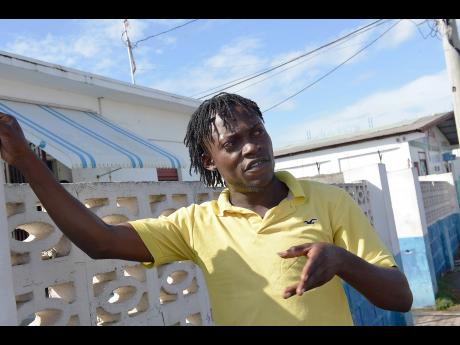 Norman Grindley
Syvon Willis also vacated his home in Old Harbour Bay in St Catherine because of the Tsunami scare.
1
2
3
4
5
6

Residents of Old Harbour Bay in St Catherine never got an official warning, neither were there any planned evacuations in place, but the news of a possible tsunami threat sent them scampering by the hundreds to higher ground in search of safety yesterday morning.

A magnitude 7.6 earthquake that struck in the Caribbean Sea dead centre between Honduras and The Cayman Islands on Tuesday night resulted in a tsunami warning being issued for Jamaica and other Caribbean islands, as well as sections of Central America and Mexico.

"It was quite something! People began converging at the emergency area just beside the police station with their luggage and suitcases, and a huge crowd began moving north towards Old Harbour. I have never seen anything like that before," said Old Harbour Bay resident Syvon Willis.

"I just grabbed a few suitcases and all the other kids in the yard with mi wife, and we start move out, too," he said.

The only concern, according to Willis and another resident, Melba Harrison, was that there was no official warning as the tsunami emergency sirens never sounded.

"We were never going to wait to see if a real thing or not. Tsunamis are extremely dangerous. Mi jus grab and run for the hills," Willis said.

An official at the Office of Disaster Preparedness and Emergency Management said that the tsunami early warning system had indeed been triggered.

However, residents say that no warning sirens were heard, but they began spreading the word house-to-house when information about the potential danger was picked up on social media, including Facebook and Twitter.

"There was no alarm. Not even one, and is something wi used to because last year alone, is three times dem run evacuation drill down here," said resident Doneth Wright Henderson.

"All I know is that by the time we come outside and look, wi si nuff people already a run with dem bags and tings, but I said that me not leaving my husband. Him brave because him gone a sea when everybody a talk 'bout tsunami a come," she added.

At least one school in the Old Harbour Bay area reported a lower-than-usual turnout yesterday as residents had no time to prepare children for the day's classes because of Tuesday night's tsunami scare.

Sergeant Henry Parkins, who assumed shift duties at the Old Harbour Bay Police Station early yesterday morning, said that he was happy that evacuation procedures were followed, even without an official order.

"The people really took it seriously, and for that I am happy. The procedures regarding emergency evacuation in case of a tsunami were obviously followed, and as the police, we couldn't ask for more," he said.

Jamaica sits in an active earthquake zone and has experienced several of these natural disasters in the past, including the June 7, 1692, earthquake that destroyed sections of Port Royal, sending a large portion of the once 'wickedest city on earth' to the bottom of the sea. The earthquake triggered a tsunami.

In 1780, in Savanna-la-Mar, Westmoreland, an earthquake occurred during a hurricane, and the sea rose to a height of three metres from the beach and swept away a number of houses. Ten people were killed by the wave and about 300 more by the storm. All vessels in the bay were dashed to pieces or driven onshore. One came to rest near the courthouse on Great George Street nearly half a mile inland.