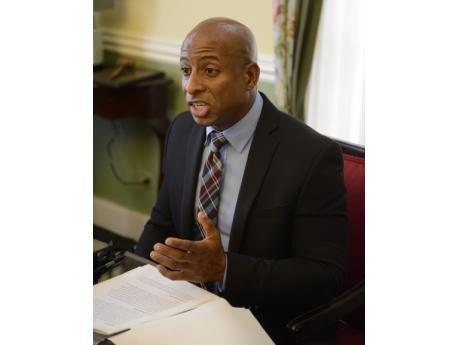 "Crime against visitors is very low, but many of our staff who are living in the volatile communities are faced with this untenable situation,” JHTA president Omar Robinson told The Gleaner this morning. – File Photo

WESTERN BUREAU:
The Jamaica Hotel and Tourist Association (JHTA) says it is concerned about the travel advisory issued by the United States warning citizens about crime here, but it is more worried about the safety of the workers in the industry.

"Crime against visitors is very low, but many of our staff who are living in the volatile communities are faced with this untenable situation,” JHTA president Omar Robinson told The Gleaner this morning.

Many go to work with a high level of fear.

He noted that even with the other gains made by the country, crime was threatening to cripple the economy.

Robinson is again calling for a meeting of the minds of various organisations, including the JHTA, the government and the Opposition to bring together a holistic approach to crime.

The level two US advisory warns American citizens, including those living on the island, to avoid sections of Montego Bay and Kingston and not to venture anywhere in Spanish Town, St Catherine.

Violent crime, such as home invasions, armed robberies, and homicides are common, said the advisory, adding that sexual assaults occur frequently and local police lacked the resources to respond effectively to serious incidents.

Among those resources is the lack of motor vehicles to fight crime, an issue the JHTA president says need to be addressed now.

"We know that there are some things happening, as it relates to the security forces, however, all the resources need to be put in place as quickly as possible," he said.

Robinson blamed the breakdown of basic law and order as one of the major contributing factors affecting the country, stating that tangible methods must be found to deal with the current situation and there must be greater accountability.

He said a level three  advisory would be devastating to the tourism industry.