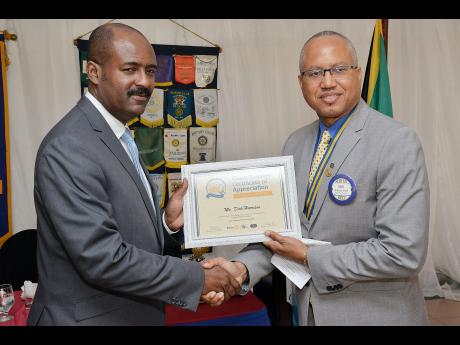 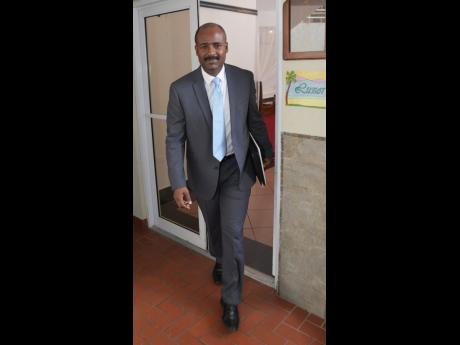 Contractor General Dirk Harrison says that too many officials in the public and private sectors are involved in "hanky-panky Anancyism" made possible because of the lack of appropriate systems designed to keep corruption at bay.

He was speaking at a Rotary Club of New Kingston breakfast meeting yesterday at the Altamont Court Hotel.

"There is a need to have proper resources allocated in the fight against corruption; there is also a need to have the right people in the right places. In other words, there should be no political appointments in certain agencies. That must be the starting point," Harrison said.

He stated that Jamaica was at a crossroads, where the perception is that everything wrong is deemed normal. He reasoned that consequently, it will take close to 10 years to effectively begin to rid the country of rampant corruption in all sectors and agencies, and among political circles.

Harrison warned that while the country was not yet beyond the "eight ball", it was still mired in various forms of corruption that if left unchecked could be the death knell of our modern national construct.

Mobile Reserve should have been called to Palisadoes - Harrison

Contractor General Dirk Harrison says that part of the problem affecting the country was that "the very people who could provide information and so that cases may be advanced are the ones not coming forward; they say they do not trust the police".

He argued, "So while that remains true and there is no doubt that we have a trust deficit in this country, we have to create that shift in terms of our culture in terms of building trust in the people and in our leaders so the people can feel the urgency to share information."

Harrison was speaking at a Rotary Club of New Kingston breakfast meeting yesterday at the Altamont Court Hotel.

He cited the recent fiasco on the Palisadoes Road, where rowdy partygoers caused a massive traffic jam, resulting in scores of people missing their flights and which triggered a falling-out between the National Security Minister and the Commissioner of Police.

The fear, Harrison argues, is that such practices could become the norm, as indecent and malicious behaviour coupled with corruption, perceived or real, was at play.

"There was a lot at play in that situation, but I thought that after one hour as the situation unfolded on the Palisadoes, the authorities should have sent in one truckload of police from Mobile Reserve. After the second hour, two truckloads of all the recruits at the Twickenham Park Police Training College should have been there; the roads should have been cleared.

"And I dare say, if there was an issue thereafter, I am sure the firemen could have assisted in clearing the roadway. But we have to appreciate that systems must be in place, and the systems must be able to be activated at a moment's notice.