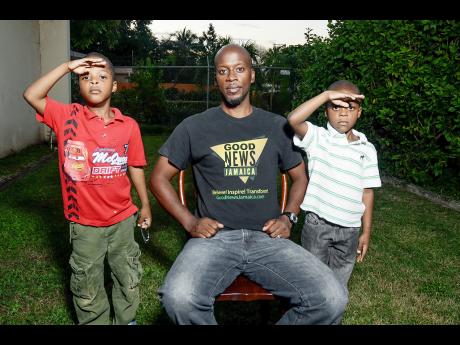 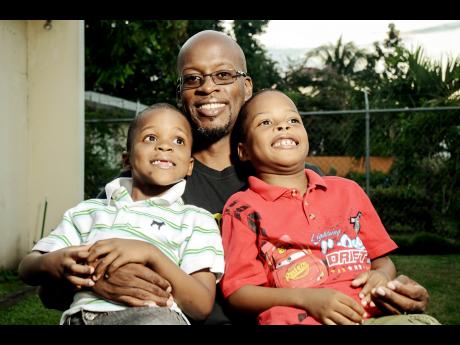 March will make one year since Charles Hyatt Jr traded in his high-profile job so that he could stay home and take care of his two sons.

Instead of power suits and meetings, he spends his days in sweats preparing breakfast, lunch and dinner for his two rambunctious boys and keeping the house spic and span so that his wife can relax when she gets home from the corporate hustle and bustle she encounters daily.

"I am a proud stay-home dad," Hyatt declared.

"I take them to school, pick them up from school. I wash, I cook, I clean," he told The Sunday Gleaner.

Staying home has allowed the father of two to also focus on starting his online business, but it is the ability to care for his children that gives him the most pleasure.

"You have some saying man not doing those things and all of that, but those are becoming few and far between. Most men understand and really respect the role of dad and being able to be a nurturer as well, not just the disciplinarian," said Hyatt, who was in a managerial post at the US Embassy prior to becoming a stay-at-home dad.

"The children can come and sit in my lap and talk and we can cuddle up and watch a show on TV or read a book. Those are some precious moments that dads are starting to recognise, respect and yearn for," he said.

His wife is a financial director for an international organisation and has the assurance that her children, the family's dogs and even their laundry are in capable hands.

"She does get to spend time with the boys, but what I try to do is to take a burden off of her. As the director of finance, things do get kind of stressful and sometimes she does have to work late or go in early, so she feels comfortable knowing that I have her back," he said.

Anthropologist Dr Herbert Gayle contends that these households are becoming more common in Jamaica, as women, who outnumber men on university campuses, are increasingly relying on their men to become more domesticated so that they can focus on climbing the corporate ladder.

His conclusion is based on his analysis of archival data, the national census, as well as the Social and Economic Surveys published over the years.

"Men are learning to be better fathers. Today's men are much better fathers than the fathers in the generation before, but let us not overrate them, because some of them are there by default," he said.

"Remember that if you are in the household and you are physically present, but you are psychologically absent, that don't make any big difference, and remember that a lot of fathers are forced to go into the household because the mother carry the pickney come and say it is your time now," argued Gayle.

Despite Professor Gayle's findings, at least one public-health expert finds that fathers like Hyatt are still few and far between. Founder and chair of the National Association for the Family, Dr Michael Coombs, feels that far too many fathers are absentees.

"As recent as 2014, and even since that time, the evidence continues to suggest that we still have too many homes without fathers," said Coombs, who, up to recently, was a senior director at the Ministry of Health.

He believes this is among the factors contributing to the country's social problems.

"That is what is fuelling the gangs, scamming and all of that. There is no doubt in my mind from what I have reviewed and read," said Coombs.

Pointing to a 2014 study that was commissioned by UNICEF, Coombs noted that many of the children that have been physically and sexually abused are from homes without fathers.

He said based on the study, 100 per cent of the children referred to the Child Development Agency were from homes without fathers.

"We still have work to do, and I think that is why we are seeing the crime statistics that we are grappling with, and we can't seem to get on top of it," he said.