What's a State of Emergency? ... things you should know 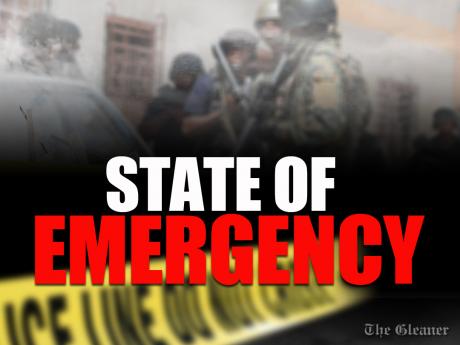 Prime Minister Andrew Holness this afternoon declared a state of public emergency for the parish of St James.

It’s in response to rampant criminality including murders and shooting in the parish.

Last year, St James recorded 335 murders, the highest ever total and since the start of the year, murders and shootings have continued.

Here are some facts you should know.

What is a State of Emergency?
Section 26 of the Constitution explains a "period of public emergency" as any period during which:
a. Jamaica is engaged in any war
b. There is in force a proclamation by the governor general declaring that a state of public emergency exists
c. There is in force a resolution of each House supported by the votes of a majority of all the members of that House declaring that democratic institutions in Jamaica are threatened by subversion.

When can it be declared?
1. When a state of war between Jamaica and a foreign state is imminent
2. As a result of the occurrence of any earthquake, hurricane, flood, fire, outbreak of pestilence, outbreak of infectious disease, or other calamity
3. When action has been taken or is immediately threatened by any person an such an extensive scale it could likely endanger the public safety or deprive the community, or any substantial portion of the community of supplies or services essential to life.

Duration
The proclamation shall remain in force for a period of one month unless extended by the House of Representatives or revoked.