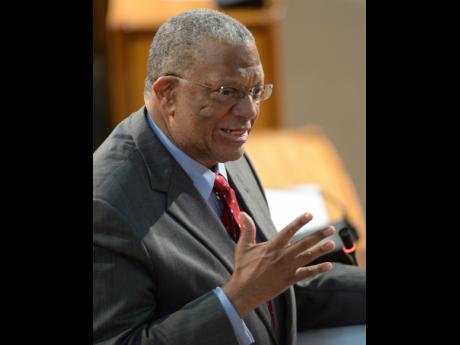 The Opposition People's National Party (PNP) has given qualified support to the Government's decision to impose a state of public emergency in St James.

PNP president Dr Peter Phillips said that the Opposition is awaiting the regulations governing the operations of the state of emergency as these are required to be placed before the Parliament.

"Based on the spiralling crime rate in Montego Bay, the failure of the zone of special operations to arrest the number of murders, blatant lawlessness, and continued threat to life, the city had reached a near state of anarchy, which could not be allowed to persist," said Phillips.

"The people of Jamaica, including the Opposition, have been calling for a response from Government throughout the past year. Some 1,617 Jamaicans were murdered in 2017, and already, more than 63 persons have been killed since the start of this year."

He added, "The main victims of this wave of unchecked criminality are the ordinary citizens of St James who have been abused and murdered in this atmosphere of wanton violence."

He said that the Opposition is insisting that a robust, accessible, and viable mechanism to protect the rights of law-abiding citizens during the operations must be in place.

"Every effort must be made by the security forces to be vigilant, courageous, and determined in confronting the criminal threat, even as they are protective of the rights and interests of the law-abiding citizens of the parish," declared Phillips.