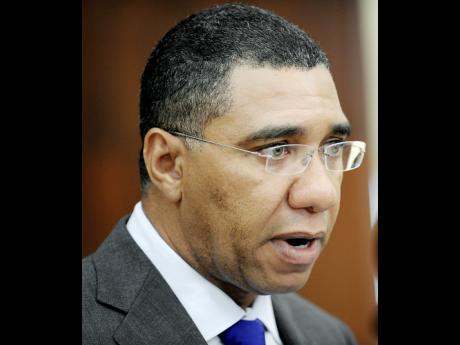 After vowing in September, last year, that the commissioners preparing a report on the collapse of the financial sector in the 1990s would get no more extensions to complete their work, it appears that Prime Minister Andrew Holness' instructions may have fallen on deaf ears.

Finance and the Public Service Minister Audley Shaw announced recently at a Mayberry investment forum that the FINSAC report would be ready in a matter of weeks.

However, this runs counter to what the prime minister had said in September 2017. "Since we have started on the road, it did not make sense to abandon it, but we have set a very firm timeline now. I am saying this publicly: there will be no extensions, and there will be no more additional funding," said Holness at his quarterly press conference in September, last year.

"The last extension and the last additional amount will be the last. I am binding myself to that publicly," the prime minister stressed.

In September 2017, the Cabinet had approved a three-month extension for the commissioners to submit a report to the Government. The extension should have expired in December 2017.

In early 2017, the FINSAC commission was given a seven-month extension to finish the job. However, that deadline, which was not the first, was missed by the team preparing the report.

Giving an explanation in September for the prolonged delays, the prime minister had said that the volume of work had caused the commissioners to request a final extension.

The cost for the FINSAC enquiry has since skyrocketed past $100 million.