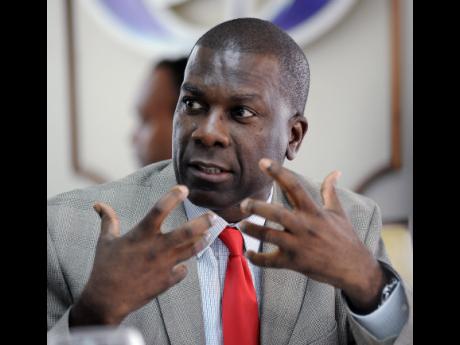 Concerned members of the Caribbean Farmers Network (CaFAN) have called into question the stewardship of some members of its board of directors who they claim cannot account for millions of dollars in grant funding provided by international agencies.

The disgruntled CaFAN members told The Gleaner that after more than two years of trying to get the board to provide a breakdown of expenditure for projects in a number of countries, they have retained the services of a law firm to bring its executives to book.

President and chairman of CaFAN, Jamaican Norman Grant, had initially downplayed the concerns of the members, but after they threatened a vote of no confidence, he has called a meeting in Barbados for tomorrow to try to settle the differences.

"I wasn't even paying it much mind, but over the last couple of days, I said let us meet and then we will take a decision from there," Grant told The Gleaner as he rejected the claim of a lack of accountability and transparency by the CaFAN board.

"These are all totally wild allegations that you can't act on, and in terms of my stewardship, my stewardship is never in question," said Grant, who is also the president of the Jamaica Agricultural Society.

He told The Gleaner that he does not have intimate knowledge of the concerns of the members.

But CaFAN members charged that Grant is well aware of the issues, as, after failing to have the matter resolved at a meeting in Trinidad on August 1, 2016, they wrote to him last December outlining their concerns.

In the letter, they charged that there is a shroud over Grant's team as a result of several negligent acts, including the failure of the secretariat to produce financial records for projects undertaken on behalf of the member countries.

"Mr Grant, the allegations are based on documentation coming to light, which also indicate that the list documented is not conclusive," added the members.

CaFAN wants en bloc resignation of its board

Members of the Caribbean Farmers Network (CaFAN) said that the concerns that they have about the regional grouping have united 13 representatives of the 18 member states to call for the en bloc resignation of the board. This is "in order to ensure continued viability of CaFAN and restoration of its image to good standing in the eyes of regional and international donor/funding agencies".

They added: "We are facing a very delicate situation which could place at risk the institutional relationship. In February 2016, CaFAN signed a letter of agreement to undertake a regional project. In March, CaFAN received US$36,000 in total. From that amount, US$13,000 was spent for a Panama meeting. To date, an outstanding amount for the travel agency has been awaiting, pending payment since April 26th 2015 (US$9,000).

"This has placed the international institution in an embarrassing position since the travel agent has been pressuring us for payment of the outstanding amount. At this juncture, no other alternative is left but to demand that CaFAN immediately make the full transfer and submits evidence to indicate that it has been settled."

Tomorrow's meeting at the office of the Barbados Agricultural Society in Bridgetown is also expected to discuss if CaFAN is even a legal entity.

According to some members, the registered company Caribbean Farmers Network Inc, with headquarters registered in St Vincent and the Grenadines since 2009, was struck off the registrar of companies in December 2017 for non-compliance, so technically CaFAN does not exist.