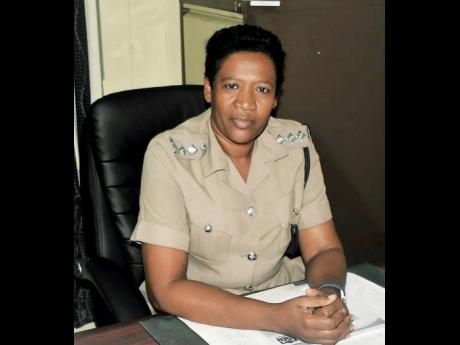 The clearest signal yet that some of the alleged criminals fleeing the state of emergency in St James have slipped through the police-military dragnet and escaped into other western parishes was revealed during yesterday's monthly meeting of the Hanover Municipal Corporation.

Superintendent Sharon Beeput, the officer in charge of Hanover, responding to questions posed to her during her presentation at the corporation's meeting, admitted that fleeing wanted men from

St James may have penetrated the security checkpoints at the Hanover-St James borders.

Beeput also used the opportunity to release the names of a number of outsiders who were wanted in their respective communities and have been found in Hanover. She said they were arrested and turned over to the police divisions from which they had fled.

The superintendent also made an urgent plea for more information from residents in regards to strange persons in their communities, adding that the police were fully prepared to act on all information received.

Beeput also pinpointed one community in the Lucea division where she said the police were getting information about unfamiliar persons moving in. She said that the police would be taking the necessary action towards addressing the matter.

Beeput and her team came in for much commendation from the councillors, who unanimously voiced their approval of the team's efforts to control crime in the parish. The day before the meeting, one of Hanover's most wanted men, Davion 'Bailo' Clarke, was killed in a confrontation with the Hanover police. One 9mm Glock pistol and 10 rounds of ammunition were taken from him.

Some eight murders have been committed in Hanover since the start of the year. Fourteen were committed during the corresponding period in 2017.