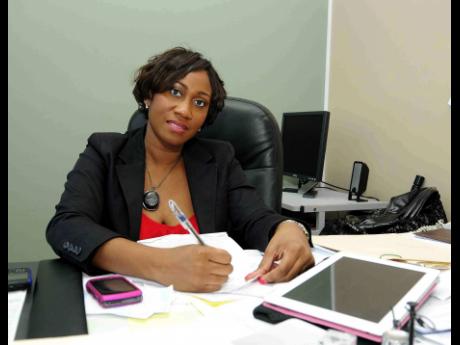 No enquiries were submitted to the Department of Correctional Services (DCS) about registered sex offenders last year, sparking fears that those tasked with protecting the nation’s children have not been doing their due diligence while hiring.

According to the DCS, there are currently 168 persons on the Sex Offenders Registry, which was established under the 2009 Sexual Offences Act, but for all of 2017, there were no calls or emailed requests enquiring whether any individual was listed.

This is of particular concern for Children’s Advocate Diahann Gordon Harrison, who fears that the nation’s children might be at risk.

“When the registry can stay for an entire calendar year, it has not received any kind of request as to who is on the registry, it tells me that we are perhaps not taking the whole issue of proactive protection very seriously,” Gordon Harrison told The Sunday Gleaner.

“We are not doing due diligence or background checks on persons who may be applying for jobs in schools, at hospitals on children’s wards, and in other areas, where they would be in high contact with children who are in fact vulnerable,” Gordon Harrison added, as she argued that the registry is not being used as it should.

“Parents can’t make the request, but certainly, an institution such as a school has all the right to make a request, especially when they are doing hiring of prospective teachers,” she said.

“That is a request that, quite frankly, would be quite appropriate for them to make, and I would like to see more of that being done so that we have fit and proper persons being placed with our children,” declared Gordon Harrison.

But Robert Taylor, who is the designated registrar for the Sex Offenders Registry at the DCS, said that parents can also find out if their child’s teacher is listed. This request would, however, need to be made through the school.

Not all convicted sex offenders are automatically placed on the Sex Offenders Registry.

“Only persons who have been convicted of specified offences in the Supreme Court, Circuit Court or Court of Appeal are automatically placed on the Sex Offenders Registry, once they are not exempted by the judge,” said Taylor.

Persons who had committed sexual offences outside of Jamaica are also not placed on the list, and there are no immediate plans to include these offenders.

“The Sex Offenders Registry cannot plan to place persons who would have committed sexual offences overseas on the register, as its operations are guided by the Sexual Offences Act 2009 and the Sexual Offences (Registration of Sex Offenders) Regulations, 2012. Currently, the act and its regulations do not permit the registration of overseas sex offenders,” Taylor explained.

Registration officers are attached to the Sex Offenders Registry, but they generally do not visit the place of employment for registered sex offenders.