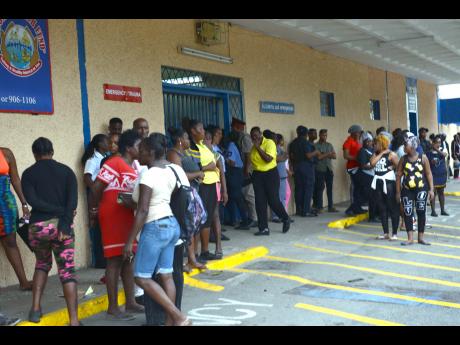 Norman Grindley
In the October 2017 photo, residents and police outside the Accident and Emergency Unit at the Kingston Public Hospital after several persons were taken there following a shooting incident outside a church in east Kingston. 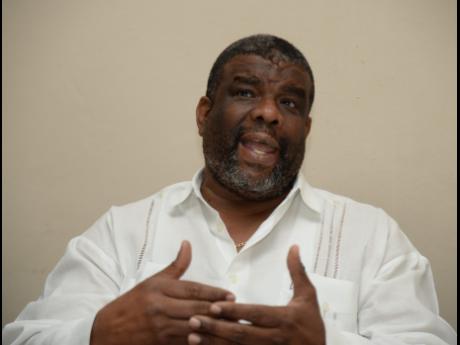 The Kingston Public Hospital (KPH) recorded a sharp reduction in the number of patients it saw with gunshot wounds in December last year, and the hospital's CEO Errol Greene is convinced that this was linked to the introduction of a zone of special operations (ZOSO) in the west Kingston community of Denham Town.

"What I can say without fear of contradiction is that since ZOSO, we have seen reductions in the number of shooting cases coming into the KPH," Greene told The Sunday Gleaner.

According to Greene, the reduction in the number of persons entering the hospital's Accident and Emergency Unit declined steadily after the implementation of the ZOSO last October, and the numbers continue to tread downwards.

"As a matter of fact, between August and December 2017, the number of gunshot cases coming in dropped by more than 50 per cent," added Greene.

He added that, for the first in recent times, there was a month, November, when the hospital saw no deaths resulting from gunshot wounds.

Last June, it was reported that it was costing the KPH approximately $400,000 a day to treat patients with gunshot wounds, but Greene said that despite the reduction in the number of cases in recent months, the cost remains pretty much the same.

"Whatever savings would be negligible because our operational costs are constant. The utility bill is going to be what it is. Our salary bill, which is a very big part of our budget, almost 70 per cent of our budget, would not be reduced and because of that our sundries would not have been reduced," said Greene.

He noted that despite the reduction of gunshot cases, the hospital continues to face a shortage of beds.

Last Tuesday, entertainer Bounty Killer donated over 60 beds to the KPH and the neighbouring Victoria Jubilee Hospital, but Greene noted the facility continues to struggle with a problem of overcrowding.