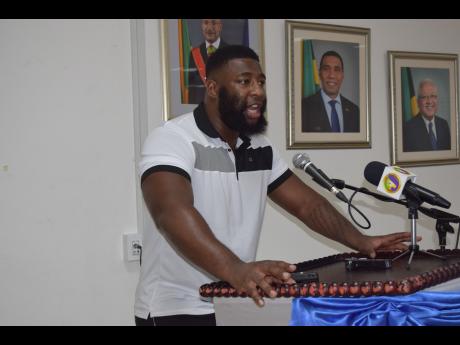 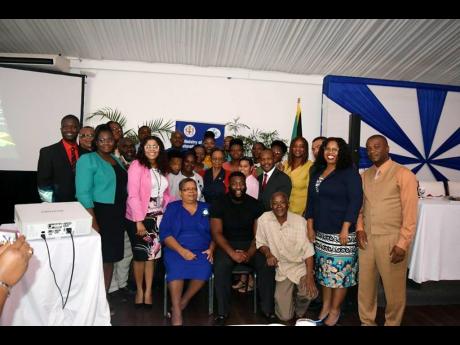 England-born criminologist Craig Pinkney is adamant that while Jamaica has its unique problems, the island's crime problem is not beyond solutions that have worked in some of the hardest communities in the United Kingdom and the United States.

But Pinkney argued that these territories have realised that the traditional criminal justice model is not always effective.

He was in the island as guest speaker at a public lecture on restorative justice put on by the Ministry of Justice.

Pinkney, a 14-year youth specialist and lecturer in the United Kingdom, said that his latest visit to the island left him with a mixture of pride and joy.

A CHANCE TO OFFER HELP

He said that he has always wanted to reach out to at-risk youths who feature heavily in Jamaica's gun crimes, and finally got the chance.

"My thing has always been the youths. I've always been about young people because I have buried 'nuff' youths, and it hurts me when I am at a funeral and see a youth that was in a barbershop last week or who I was chatting to on the corner, and in some stupid circumstance ... someone just takes their life," he said.

Pinkney, who holds a master's degree in criminology and is pursuing a PhD in that area, rose from some of the toughest streets in his community of Birmingham, England, under the stewardship of his parents, who hail from St Elizabeth and Manchester.

"It is an honour that they found a criminologist in little Birmingham to come and support with some of the issues. I am very honoured to be here with my people," said Pinkney, who has travelled across Europe and the United States studying crime.

"I'm so honoured it makes me want to cry. The killing in Jamaica hurts my heart because it is my people. It's not any Trinidad or anywhere else, it is my people, (my) yaad," added Pinkney as he noted that some Jamaicans abroad are frightened by crime reports from the island.

FOCUS ON THE FAMILY

He argued that more attention has to be placed on the family and the country's other social problems that breed crime.

"When I look at that now, all my friends, some of them doing 35 years in prison for murder, some locked up for drugs, I know that my foundation was a little bit better," said Pinkney.

In the meantime, justice ministry official Kahilah Whyte has urged more Jamaicans to embrace the principle of restorative justice in a bid to reduce crime on the island.

"It complements our judicial system and allows individuals an opportunity to be a part of truth telling, to hear the stories of victims and offenders, especially those involved in gang violence, which accounts for many of the social atrocities and the trauma that impact every aspect of Jamaica," said Whyte, who is the restorative justice coordinator at the ministry.