Punishing the pervs - More and more sexual offenders being convicted 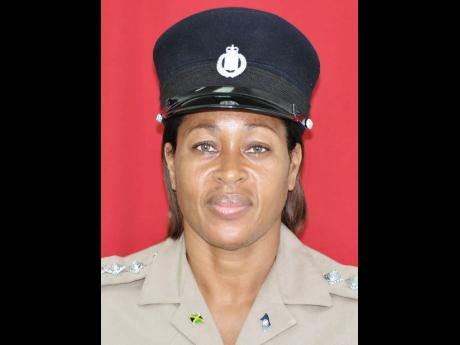 The conviction rate for sexual offences more than doubled last year, and prosecutors are reaping even more success so far this year, with at least 15 sexual offenders convicted last week in the Corporate Area alone.

Head of the Centre for Investigation of Sexual Offences and Child Abuse (CISOCA), Superintendent Charmine Shand, noted that 34 persons were convicted in Kingston and St Andrew for sexual offences in 2016, but this figure jumped to 81 in 2017. Data for the entire island is still being collated.

Shand credits the increase in the conviction rate to the passage of key legislation such as the Committal Proceeding Act (CPA) of 2013, and other initiatives such as the recently implemented Sentence Reduction Days.

"It (CPA) gave us an advantage as it relates to the progressing of case files, so a lot of the cases are being sent to the Circuit Court and they are being tried," she said.

"As long as we prepare proper case files and submit them to the court, we are going to have a lot of convictions," added Shand.

She noted that several convicted sex offenders have been taking advantage of the sentence reduction day, and based on her perusal of the cases, some have been sentenced to as much as 15 years.

"A lot of them pleaded guilty and I believe that it is because of the discount in sentences," Shand told The Sunday Gleaner.

She argued that the passage of the DNA Evidence Act will further boost the conviction rate.

"Almost every Friday, we have persons who we take to the forensic laboratory to do their DNA," she said.

"We needed these legislation to assist with investigations, and believe you me, they are working," added Shand.

She noted that while the conviction rate trend upwards last year, there was a reduction in sexual offences overall.

There were 940 reported sexual offences cases last year, down from 1,005 in 2016. Of the cases reported to the police last year, 255 were rape, 485 involved sexual intercourse with a person under 16, while 33 were buggery cases.

According to Shand, the number of reported sexual offences is trending down because Jamaicans are becoming more aware of what constitutes sexual abuse.

"We have embarked on a public-education programme. It started before I came here and I made sure that it continued," said Shand, who took charge of CISOCA last August.

Warning for women! - Men posing as taxi drivers on rape spree
'We will be coming to get you' - New CISOCA head vows to track down those sexually abusing children