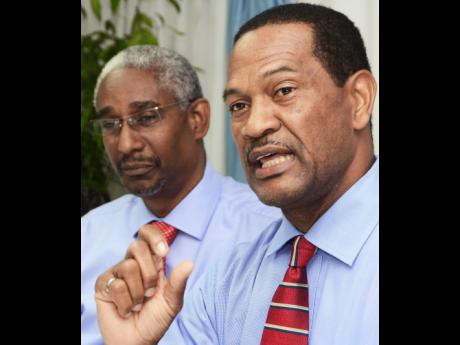 The Petroleum Corporation of Jamaica (PCJ) is reporting more promising evidence in the search for oil in Jamaica's waters.

The investigations, which were carried out over an 18-month period, discovered two independent live oil seeps in different sections of Jamaica's oil blocks.

According to the PCJ, detailed analysis confirmed active working petroleum systems that are generating and expelling liquid hydrocarbons to the surface.

"While the discovery of live oil does not guarantee that significant quantities are present in Jamaica's subsurface, the study's findings provide scientific proof that could be attractive to potential explorers," said Watson.

"Exploration is a data-driven business, and in recent years the PCJ has focused on building an extensive and robust data bank on Jamaica's oil and gas potential, and that is giving us the scientific evidence we need to engage experienced, proven explorers. And while we remain cautiously optimistic as we move forward, we are also fully aware that there's still a long road ahead."

The full details of the study are outlined in an extensive hydrocarbon potential report available for purchase from CGG.

Known in the oil and gas industry as a 'Redbook', the recently completed report should serve as a go-to document for explorers evaluating frontier countries like Jamaica for exploration acreage.

It is anticipated that the CGG Redbook will attract interest from potential explorers as its release comes just ahead of the commencement of the first ever 3D seismic surveys in Jamaica's offshore.