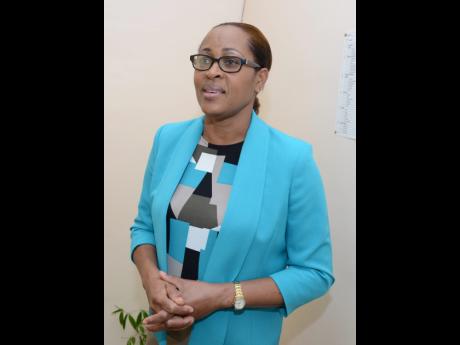 More than 200 children who have committed sexual offences in the past two years have been spared criminal charges as a result of a diversion programme that was introduced by the Ministry of Justice.

According to police records, 104 adolescents were diverted in 2016 and another 109 were referred to the programme in 2017. They were all found to have had sexual contact with a person under 16, which is a criminal offence.

The diversion programme is currently a pilot project which is being offered in Kingston and St Andrew to offenders under 16 years old.

They must first agree to complete a three-month counselling programme at the Women Centre of Jamaica Foundation (WCJF) and receive the approval of the Office of the Director of Public Prosecutions (ODPP).

"There can be some consideration if the person is 18 based on the nature of the case. When the case is reported to us, it is investigated through the normal procedure, so we would record statement, they would have the medical done and we would prepare a case file," explained head of the Centre for the Investigation of Sexual Offences and Child Abuse (CISOCA), Superintendent Charmine Shand.

"During the programme, the offenders, if they do not respond appropriately or attend for the requisite period, then a recommendation can be made for the diversion programme to stop and we prosecute them and put them before the court," added Shand.

But the young offenders are usually so grateful for avoiding being locked away that, in the majority of the cases, they complete the requirements.

Executive director of the WCJF, Dr Zoe Simpson, said she can recall only one case where the programme wasn't completed.

"What we have found over the many years is that they do come and they do subject themselves to the three-month counselling programme, and they complete for the most part," Simpson told The Sunday Gleaner.

The beneficiaries of the programme are taught about their sexual and reproductive health rights and responsibilities, and are also given career advancement training.

"The young men are ignorant and they are going on with all the exuberance of youth and exploring their sexuality, so when we bring to them the matters of the law and rightful behaviour as a young person growing up and how to regard their sexuality in a healthy and wholesome way, they are like 'Wow, I wished I knew this', and they are repentant," said Simpson.

"I think it is a very good programme because sometimes counselling helps, instead of dragging them through the court system," added Simpson.

The diversion programme is a collaborative effort involving CISOCA, the WCJF, the ODPP and the Child Protection and Family Services Agency (CPFSA).

Each case is reviewed by all four agencies before it is approved for diversion by the ODPP.

Chief executive officer of the CPFSA, Rosalee Gage-Grey, last week noted that a Child Diversion Bill is currently before Parliament. She argued that the passage of this bill will allow the diversion programme to be expanded to other parishes.

"Child diversion is a good way of dealing with children with minor offences," said Gage-Grey.

The diversion of young sexual offenders has also been assisting to unclog an already overburdened court system.

According to data from CISOCA, there were 485 reported cases of sexual intercourse with a person under 16 last year. Just over 100 of these offenders were arrested while 109 juveniles were referred for diversion.