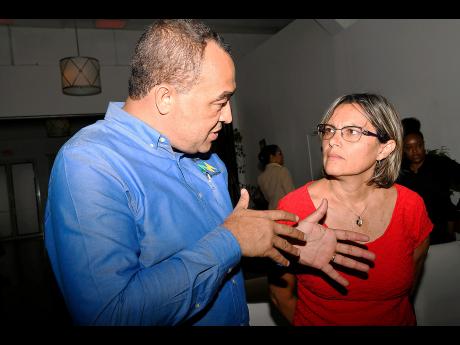 More than 61 per cent of Jamaican parents believe that the school has become a place that poses serious health threats to the lives of their children because access to sugary drinks is too easy.

Health Minister Dr Christopher Tufton, in sharing findings from the Heart Foundation of Jamaica's Obesity Prevention Public Opinion Survey, said that the results revealed that parents were extremely concerned about their children's health. He sought to reassure persons that their concerns would not be ignored.

"It is significant because parents are concerned. They want to see their children better off than them, from a health perspective," said Tufton. The school represents, in this instance, not a place of safety, as it relates to health and wellness, but a health threat to their child because of overexposure to (unhealthy) foods - in this case, sugary drinks," he said.

The minister said, however, that the study is a signal that citizens were taking responsibility for their health and the welfare of their family.

"We have seen other studies within the schools, which have shown consumption of sugary drinks. The average child consumes up to three times more than the average citizen, based on accessibility, cost, and marketing efforts. What parents are saying to us is that they are concerned," he said.

"That's a very loud and profound statement, and to do nothing about that would have significant implications."