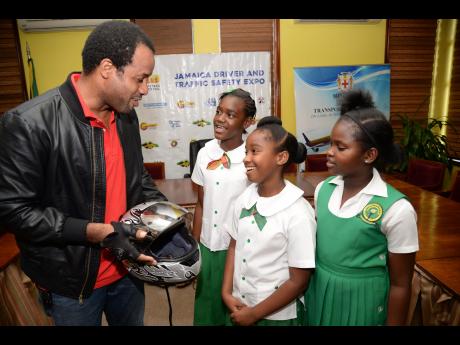 Motorcycle safety expert Tarik 'Zawdie' Kiddoe has suggested that the Government set up a national motorcycle safety reform committee comprising qualified motorcyclists, personnel from the police traffic division, and private-sector stakeholders in order to steer the nation's motorcycling culture along a modern path.

Kiddoe's recommendation comes against the backdrop of the growing trend of motorcycles being used to commit robberies.

Earlier this year, the Police High Command said that targeting unregistered and unlicensed bikes was a major strategy being employed by different commanding officers, especially in the downtown Kingston and Half-Way Tree areas.

But according to Kiddoe, although such enforcement is critical, it's never enough.

He argues that the current approach is unsustainable, declaring that for decades, Jamaica has viewed bikes from the perspective that prioritises anti-crime measures instead of looking towards organising and supporting safer and more productive activity.

"Motorcycles are driving legitimate employment for marginalised youth. We should refine that into highly organised entry-level jobs for rural and inner-city youths," said Kiddoe.

"The safety reform committee would be tasked with addressing motorcycle-related matters that we have neglected for the past 80 years and should report directly to the ministers of health, national security, and transport. The prime minister himself should be in the loop," he reasoned.

Kiddoe, the founder of Back-to-Basics Motorcycle Safety Mission, added that the committee should publish its recommendations so that the public is able to see that they are positive and non-partisan in nature.

"Years ago, I made a public suggestion about having a special motorcycle safety council," Kiddoe recounted. "I saw an indirect reaction where a committee was formed with a dozen people, but it had only one active motorcyclist on the panel. That doesn't make sense. That's not taking the issue seriously at all.

"To speak to more tangible national security issues, the safety reform committee would look at establishing commercial standards," Kiddoe explained. "For working riders, for example, this could include IDs, uniforms that a commercial rider can be proud to wear, and even social benefits such as injury insurance to ease the burden on the healthcare system. Those are raw ideas. Let a reform committee vet it all so that the vision makes sense," he added.