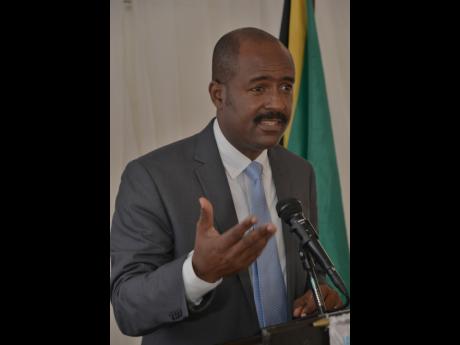 The five members of the new single anti-corruption body, which will investigate and prosecute corruption in Jamaica, have been named.

Prime Minister Andrew Holness disclosed the names of the members on Facebook on Saturday night.

However, current Contractor General Dirk Harrison is not among those listed as commissioners for the superpowered corruption watchdog agency.

Holness said that the new body "must act as an example of the efficiency in stamping out corruption to make Jamaica the least corrupt place in the world".

According to the prime minister, "The commission must be a model agency for efficiency as wherever there is inefficiency, there is corruption. The commissioners must, therefore, ensure efficiency in their operations as it will be a catalyst to remove corruption".

Speaking with The Gleaner yesterday, Justice Minister Delroy Chuck confirmed that the Integrity Commission is in full operation.

But he said that there would be a six-month transition period for the commission.

"The commissioners will be making a number of courtesy calls, and they will meet with the contractor general and others. I would expect that when they are ready, they will come to the public to say exactly how they will operate," Chuck said.

As for the future of Harrison, the justice minister did not say much on the matter but noted that the commissioners would have to decide "who stays where and who goes".

Harrison, who was expected to make the cut for the list of commissioners, had been up in arms with the Government over the introduction of the single corruption agency.

This month, Harrison would have completed five years of his seven-year term as contractor general.