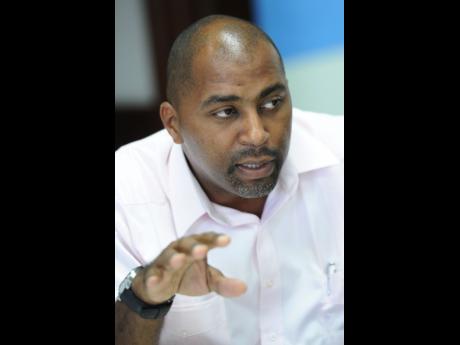 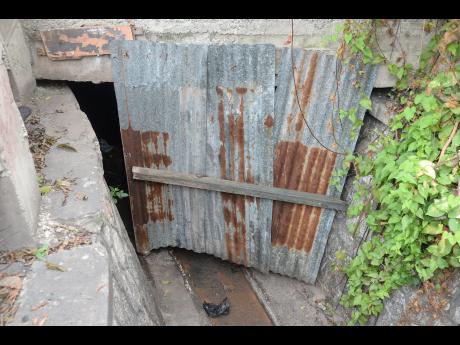 Lionel Rookwood
A zinc barrier erected in a gully in Swallowfield as residents try to prevent marauding criminals from entering the community.
1
2

Two murders in recent weeks have left residents of Swallowfield in southeast St Andrew in fear, and Member of Parliament Julian Robinson concerned.

"We are conscious that there is tension in the community. I don't want to blame or pinpoint particular people or areas because I don't think that is going to help, but just to say there is an awareness and a need for intervention that the incidents don't escalate," Robinson told The Gleaner late last week.

"In the last month, there have been two murders in the community. The overall situation is of concern, and in fact, right now, I am at a Peace Management meeting, and I raised the very issue of the tension of the community," added Robinson as he tried to assure worried residents that efforts were being made to prevent an escalation of the violence.

Last week, some residents told our news team that thugs from rival gangs were engaged in a deadly feud, which has made some prisoners in their homes.

The residents, who spoke in hushed tones for fear of being labelled informers, said that they make sure to head in before dusk to avoid the criminals.

They have also erected a zinc barrier across the gully, which runs through the community in an effort to cut off the favourite route of the gunmen, who are creating mayhem.

"No men don't live here again. All of di man dem either dead or run away. Is years this war is going on, and up to now, dem still want to kill more people in the place," said a female resident, who claimed that two years ago, gunmen killed a relative of hers just a few metres from where she lived.

"The killing that happened on Tuesday, they said is man came from down the road come do it. 'Downtown' and 'Uptown' warring. Nobody not sure, but that is what they are saying," added the woman, pointing to a long-running rivalry involving men from 66 and 86 Old Hope Road.

"They study who they want and know where they hang out. They know who they are coming for, and they are killing in broad daylight. I want to leave here. Swallowfield don't nice again," said another female resident as she recalled how persons scampered for cover just after 7 a.m. as 47-year-old businessman Raymond Hall, otherwise called 'Ray Dog', was killed. He was fatally shot not far for from his business place in the community.

Superintendent Jacqueline Green, head of the St Andrew central police division which includes Swallowfield, told The Gleaner that Raymond Hall's killing is believed to be gang-related, and the police have been following several leads.

"One story is that he was threatened some weeks ago. We do know, however, that there has been some long-standing dispute between two gangs around there, the 66 Lane gang and the 'Night Time Brawling gang," said Green.

According to Green, many of the gangsters were displaced late last year and are now trying to re-enter the community.

"We understand that some persons are coming back. They are not really bedding down, but they move through. So what we have been doing now is carrying out some targeted operations and looking at who these persons are linked with in the community," said Green.

The police superintendent has urged the residents to share any information they have on Hall's killing.

Green also issued a warning to the residents that they could be arrested if they are found to be hiding wanted men who had previously fled the community.