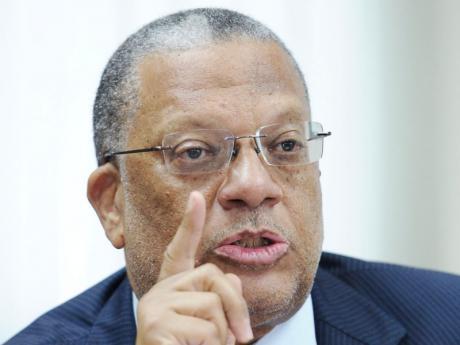 Phillips ... the government has taken a hard-line approach to the wage negotiations.

Opposition Leader Dr Peter Phillips is supporting public school teachers now on strike to register their disappointment with the stance of the government in their wage negotiation.

Phillips says he understands that the action of the teachers has affected students and parents but, the educators deserve solidarity given what has led to the industrial action.

He is blasting the government for taking a hard-line approach to the wage negotiations.

Phillips is also taking issue with comments from Finance Minister Audley Shaw that the government would have to turn to imposing taxes if it is to make a better wage offer to teachers.

According to Phillips, the issue comes down to priorities and given the sacrifice of teachers, they should not be called on to bear any further burden.

Meanwhile, Generation 2000 (G2K) the young professional affiliate of the Jamaica Labour Party (JLP) is accusing the Opposition Leader of hypocrisy in supporting the industrial action by teachers.

G2K says during his time in office as Finance Minister, Phillips appealed to disgruntled public sector workers, including teachers, to hold strain as the government at the time had to think about the economy and could not provide them with improved wages.

The political group argues that the JLP government is in a similar position and Phillips should encourage teachers to be understanding.

It accuses Phillips and the People's National Party of playing politics with the government’s wage negotiations calling the Opposition Leader’s position dangerous and hypocritical.