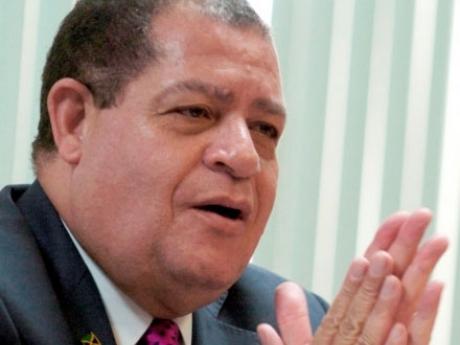 Shaw ... it is important that the payment be made before the fiscal year ends on March 31.

Finance Minister Audley Shaw says if all workers are not paid the first year of the wage increase it has agreed with some unions this month, the government will not be able to pay the retroactive sums until the 2019/2020 fiscal year.

Shaw has tabled a second supplementary estimate for the 2017/2018 fiscal year, which makes provision for the payment of the first year of the contract, among other things.

Responding to questions as the standing finance committee discussed the revised estimates yesterday, Shaw said it was important that the payment be made before the fiscal year ends on March 31.

He said if the money is paid in the 2018/2019 fiscal year, it could affect the government’s ability to achieve the nine per cent wage to gross domestic product target set with the International Monetary Fund.

Sign up for The Gleaner’s morning and evening newsletters.
Finance Minister Audley Shaw

Questioned whether the money could be set aside in a special account, Shaw said fiscal rules do not allow for such a move.

The Jamaica Teachers’ Association and the Jamaica Police Federation have taken issue with the payment of the five percent increase this month.

They say the payment is improper based on the fact that the current salary negotiation has not been concluded or a Heads of Agreement signed.