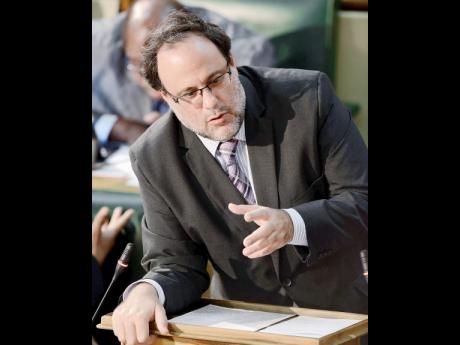 While inflation remains within the four-to-six per cent band during the last two years, Opposition Spokesman on Finance and Planning Mark Golding has argued that the impact on the Jamaican people is felt more severely in the food, vegetables, and electricity categories.

In his contribution to the Budget Debate in the Lower House on Tuesday, Golding contended that the fiscal policy paper signed by his counterpart, Audley Shaw, shows that in the categories that affect low-income earners most, inflation has been much higher.

He noted that in the food category, generally, inflation for 2017 was 6.7 per cent, while in the critical area of vegetables and starchy foods - which include rice, flour, bread, and yam - prices went up last year by a frightening 16.9 per cent. In addition, Golding noted that inflation in the electricity category was 13.3 per cent in 2017, "hitting people hard in their light bills".

"The price increases in these crucial areas have been hurting most Jamaicans badly. This is not prosperity. This is sufferation," Golding declared.

Turning to the issue of interest rates and the banking sector, Golding said, like the minister of finance, he was anxious to see lending rates fall further. However, the opposition spokesman said that he would also like to see consumers protected from what the public regards as excessive bank fees on everyday banking transactions.

He upbraided government members of parliament for "shamelessly blocking the private member's bill brought by the member for St Catherine South (Fitz Jackson) that would give [bank] consumers the protection they need".

"I do not think that matters, such as lending rates and bank fees, which are, in fact, inter-connected, should become adversarial and confrontational. I would like to see a national

forum established to take a calm, objective look at these matters and to find well-balanced solutions that will help to drive the economy while also protecting the public," Golding added.