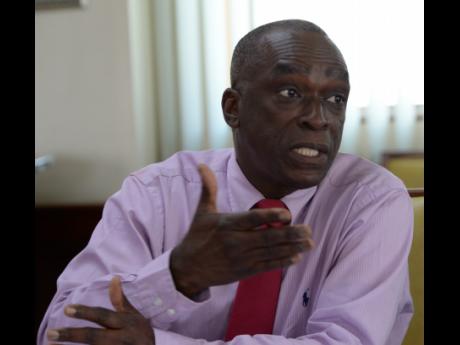 The policy of local health insurance companies to have expectant mothers pay for their healthcare costs upfront and claim refunds later has potentially disastrous outcomes for pregnant women.

According to representatives from the European Union (EU)-funded 'Partnership for the Promotion of Patients' Rights in Maternal, Neonatal and Infant Health in Jamaica' project, the policy "jeopardises the women's rights to the highest attainable standard of health and risks less-than-favourable pregnancy outcomes".

"Maternal health is important, and every attempt must be made to ensure that pregnant women get timely access to the healthcare they need. While the decision taken by the insurance companies may be well founded from their perspective, it certainly discriminates against women who are pregnant," said Professor Wendel Abel, lead investigator for the project.

Pay out own pocket

His comments come in the wake of The Sunday Gleaner's lead story, which highlighted the plight of pregnant women who complained of having to pay out of their own pockets for their care despite having insurance coverage.

Affette McCaw-Binns, professor of reproductive health and epidemiology at the University of the West Indies (UWI), believes that the Government and employers should lend their support to a rethink of how health insurance providers treat pregnant women.

"Young women 20-40 years and their partners are generally healthy. Their main health concerns revolve around their reproductive health needs such as family planning resources and efficient access to antenatal care when pregnancy occurs," McCaw-Binns said.

"Their positive health status means they are the mainstay of the health insurance system, where they invest consistently more than they withdraw, except during pregnancy and childbirth," she noted.

Advocacy specialist at the Women's Resource and Outreach Centre Linnette Vassell believes that there is need for a national conversation around the issue.

"People have reservations about dealing with so-called market forces in the private sector domain when it comes to basic rights," Vassell said. "But in this case, it is perfectly justifiable for the Government and civil society to engage in a conversation with the private sector to enhance the health and well-being of citizens in light of our maternal mortality objective."