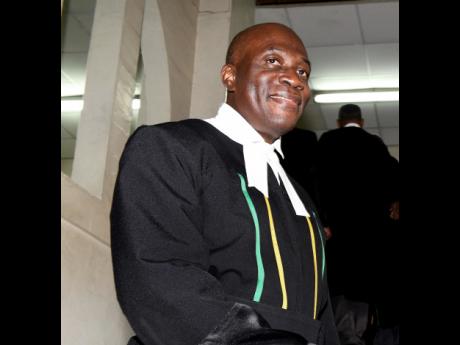 The Constitutional Court has ruled that a convicted criminal had his constitutional right to a trial within a reasonable time violated.

Marvin Cameron, who has convictions for illegal possession of firearm, shooting with intent, and possession of stolen goods, was arrested and charged with murder in March 2013 after police investigators alleged that the owner of a motor car he had sold turned up dead.

He has languished in jail for four and a half years awaiting the completion of his pre-trial hearing.

As a consequence the court, in a 2-1 decision, has ordered the State to pay damages to Cameron as compensation and has ordered that the preliminary enquiry into the murder charge must be completed by May 30 and a decision taken as to whether he should stand trial in the circuit court.

"Failing which, any trial of the claimant (Cameron) on the charges on which he is currently before the parish court shall be stayed," Chief Justice Bryan Sykes, Justice Kirk Anderson, and Justice David Fraser ordered in their decision, which was handed down last week Friday.

Lawyers for Cameron and the Government have been given until April 27 to suggest the amount of damages he should be awarded. The judges said at the end of the preliminary enquiry that if a decision is taken that Cameron should stand trial for murder, or if the case is placed before the court on a voluntary bill of indictment, the trial must commence before the end of the first quarter of next year.

"Failing which, the trial of the charges shall be stayed unless the trial is delayed due to the fault of the defence (Cameron or his attorney)," they again warned.