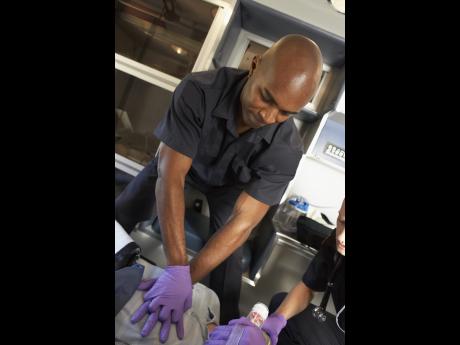 "People die while doctors are trying to resuscitate them, and it's very difficult on the staff emotionally when that happens" - Dr Bradley Edwards 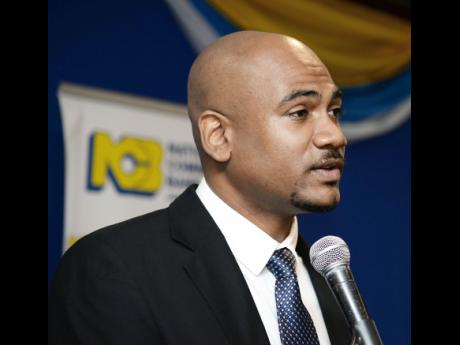 Their job is to tend to the sick and injured but doctors and staff from at least three hospitals across the island are bemoaning the overwhelming level of attacks and threats they face from unruly patients and their relatives.

Dr Bradley Edwards, senior medical officer at the May Pen Hospital in Clarendon, said that at least three staff members are threatened or attacked there each week, and although many have accepted the occurrence as part of the job, it has now taken on renewed fears, with the high level of crime in the parish.

"People die while doctors are trying to resuscitate them, and it's very difficult on the staff emotionally when that happens. We don't have enough staff to allow persons to go and recover, so they have to go and operate on someone else," Edwards told The Sunday Gleaner.

"So they carry this weight with them, and on top of that sometimes the relatives don't think their relatives should have died, and so they take it out on the staff. They are now coming to attack the staff."

He recounted a recent incident where one woman flung a scale at a doctor after being told her relative had died.

Added to that, said Edwards, is the fear that staff could be targeted for saving a victim's life or by men who want to infiltrate the hospital to 'finish the job'.

"Sometimes people say 'I know your face, I know where you live', so you are leaving work under a threat," said the senior medical officer, adding that fortunately, no threat has been carried out in recent times; however, they have all been reported to the police.

Dr Alfred Dawes, chief medical officer at the Savanna-la-Mar General Hospital in Westmoreland, said that the issue is one that he has continuously raised concerns about, citing instances of staff vehicles being trailed.

"It is a standard practice for persons to abuse health staff. I will go as far as to say attacks on staff is something we should have drills for, just like how they have drills for school shootings," argued Dawes.

"It is always going to happen, given the society in which we live. We just have to accept that it is part of our work environments and just have to come up with plans to deal with the violence."

He said that the hospital has employed more customer service representatives to help de-escalate situations that could turn violent.

Dawes said the Ministry of Health should do more to formalise training for hospital staff on how to deal with disgruntled and grieving relatives.

"During the chik-V outbreak, there were several attacks on staff members. Whenever persons wait long to get through in the emergency department, they will take out their frustration on the staff. We see it almost every day," he said.

Meanwhile, Errol Greene, chief executive officer at the Kingston Public Hospital, said that attacks and threats are commonplace at that hospital, which has had a history of shooting incidents over the years.

"We have a police post here at the hospital and we encourage the nurses, the doctors, and other workers that when they are threatened, they should report the matter to the police. Those things are taken very seriously," Greene said.