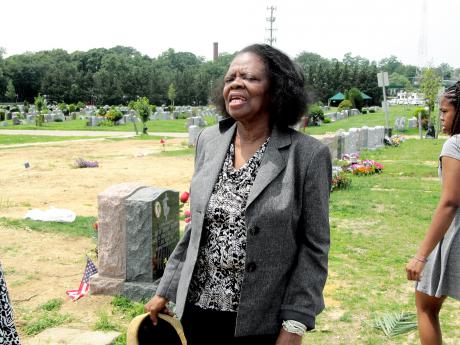 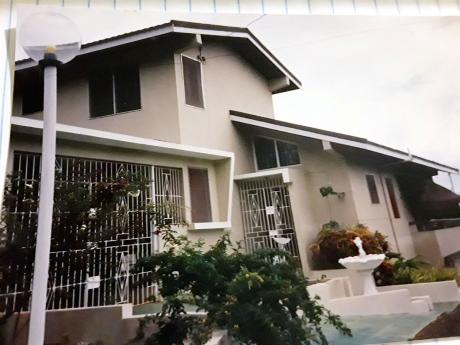 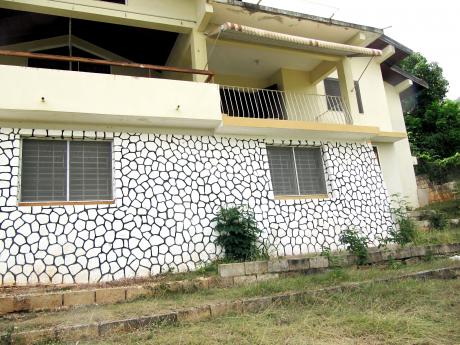 From her hospital bed in Los Angeles, California, in the United States (US), FINSAC debtor Mary Gordon is fighting a battle which several Jamaicans have lost.

The 77-year-old former legal secretary is determined to get back her four-bedroom, three-bathroom house which has been listed for sale by the Jamaican Redevelopment Foundation Inc (JRF).

The JRF acquired the majority of distressed debt that was sold by the government in the aftermath of the mid-1990s financial meltdown in Jamaica.

"They have put their name on my title," she lamented.

Gordon's Belgrade Heights property in upper St Andrew has been listed for more than $37 million by the real estate company.

The senior citizen said she and her father worked extremely hard to build the house and she sent back most of her earnings working in the US to pay the mortgage and to maintain the property.

She relocated to Jamaica because her father died in 1993, and then the Northridge Earthquake in Los Angeles in 1994 and the death of her fiancÈ left her physically, emotionally and financially drained. Her mother also got ill and she became her primary caregiver.

In an effort to secure an income to take care of herself and her mother, Gordon said she borrowed US$25,000 from the National Commercial Bank in 1995 to start a business, but things did not go according to plan.

The JRF purchased her debt in 2002 under FINSAC, but although Gordon insists that she only took one loan, chief executive officer at JRF, Jason Rudd, said the records indicate that three separate loans went to FINSAC on her behalf, which JRF acquired.

After receiving permission from Gordon to divulge information relating to her account to the media, he disclosed that there are two US-dollar loans and one Jamaican-dollar loan.

As a result of defaulting on the loans, Gordon was informed by the JRF that she now owes US$113,000 plus an additional J$11 million in charges.

"They want the additional $11 million and they haven't explained to anyone what that was for," she said.

Gordon admitted that she had not made any payment towards her loan, but she said she always kept in touch with representatives at the JRF.

"Life happens to me and many others in the real world. I went through very traumatic times," she said.

She said her mother passed away in 2004, her sister died in 2009 and then her brother, who was the architect who designed the house, died in 2014. She also spent a lengthy period in the hospital at one point due to medical complications.

In 2011, Gordon went to the real estate company to renegotiate her loan and was advised that she should try to get a loan valued at US$50,000 to clear her debt.

"I did go in to them and told them I am still working on it, I am trying to set up a business where I can bring in some income to pay them and I even divulged that I was trying to do a bed and breakfast. I showed them, the communication I had with the Jamaica Tourist Board and that I was setting up the bed and breakfast in order to bring in income."

However, after learning what she owed on the property in 2016, she shelved her plans and decided to sell the property. But, the additional $11 million she was told she owes has proven to be a stumbling block.

"The last time I tried to sell the house was six months ago, and I got a purchaser and the purchaser agreed to buy it for $29 million, which is way below the value of the house, and I agreed," said Gordon.

"In the midst of the purchase agreement going on, they stopped it and said they own the house and it is not for sale. So I can't even sell it."

NO PAYMENT IN 16 YEARS

Rudd confirmed that JRF currently has Gordon's house up for sale, but he has discounted her claims that she was not given sufficient notice that her house was going to be foreclosed.

"One of the things that we come across routinely, and not just in Jamaica, but everywhere, is people always say, 'Well, I don't understand how my balance could be whatever'. Well, you know, when you don't make the payment, interest accrues fast."

Compounding the issue is the fact that, "Some of these loans from the mid-1990s, the interest rates on some of them are just unbelievable," he said.

Gordon said that she has no issue accepting that she will have to pay the US$113,000. However, she intends to fight for her house, which holds her family's history.

The senior citizen said she has tried securing the services of an attorney, but she was told that she would need to pay $150,000 upfront before he could begin any work on her behalf. Until she can afford one, she intends to battle on alone.

"So many people have lost their lives because of this FINSAC thing. I heard the story about a woman and her husband, when they took away their home, both of them hanged themselves in the house," she said.

"I am a senior citizen, and I am kind of weak in health, but you know what, I have a strong spirit and nobody is going to make me lose my life over my life earnings."