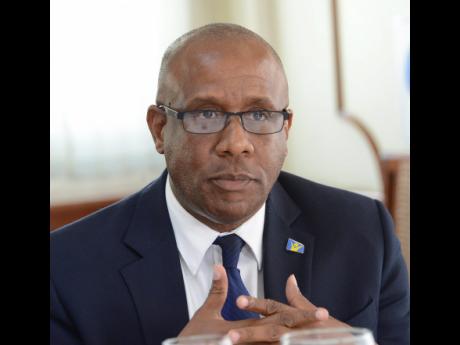 Seventh-day Adventists are sometimes finding it difficult to get and keep work because of their observance of the Sabbath from sunset on Friday to sunset on Saturday.

That's according to the latest International Religious Freedom Report published by the State Department of the United States.

The flexi-work law passed by Parliament in 2014 has helped to alleviate some of these difficulties but has not solved the problem as some businesses remained reluctant to hire employees who could not work Saturdays, the report has further stated.

One Spanish Town-based worshipper who recently graduated from university opined that the report was accurate but pointed out that there were other structural barriers in the workplace for Adventists like herself.

"That is true. It is something we talk about all the time, and nobody seems to be paying it any attention. If you cannot work on Saturdays, they do not want to hire you," the woman, who has had three job changes because of clashes with the requirements of her faith, told The Gleaner yesterday.

"'Can you work on Saturdays?' It's such a haunting question," she added.

"The biggest problem for us is that some bosses are paying extra to work on Saturday, so it is as if they are using money to entice us to work on the Sabbath, which is not right," she continued.

But just how much extra is being paid to work on weekends?

Gleaner sources say that as much as $2,000 is on offer in some areas for those willing to give up their weekend, and for Adventists - church, for work.

"When we hear that, all we have to do is pray because we know we are being discriminated against. But God is not sleeping," another Seventh-day Adventist worshipper said.

Reacting to the US State Department disclosure, Nigel Coke, public affairs and religious liberty director for the Seventh-day Adventist Church in Jamaica, described the situation as unfortunate.

"It is unfortunate, whichever country or whichever organisation, that they don't [recognise] the religious right of individuals according to their God-given conscience. It is a fundamental right to every single man at creation," Coke said.

"Employers are not adhering to the spirit of the flexi-work hours law," he added.

Coke noted that the discrimination also transcends the workplace into tertiary institutions, where coursework and exams are set during hours Seventh-day Adventists reserve for their Sabbath.

"And they fail them when they do not turn up," he said.

"The situation is getting more and more intense as we go along, but we, as a Church, are doing the best we can to alleviate the stress of our members," the religious liberty advocate stated.