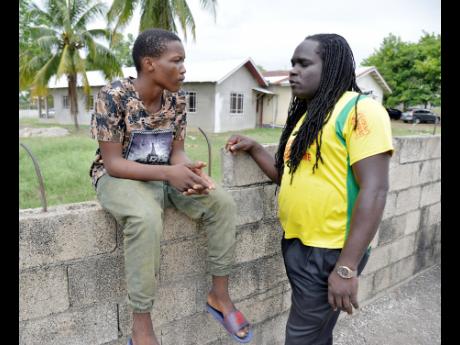 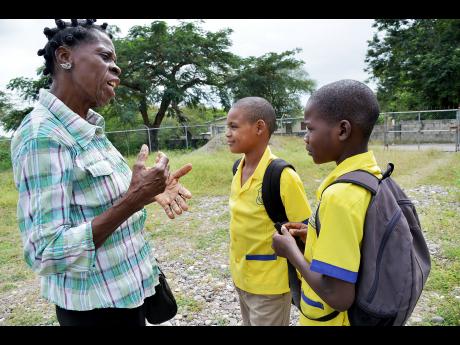 Dozens of children in war-torn, impoverished communities in May Pen, Clarendon, are staying away from school because they cannot afford lunch money and transportation to attend institutions located far away from their homes.

Otis James, head of the James and Friends Education Programme, last week argued that this is one of the main causes for the parish's growing poverty and crime rates, and is calling on the relevant authorities to take steps to address the situation.

"I have a 14-year-old girl in the programme who got pregnant, and a lot of people would say she doesn't have any ambition. I don't see it that way. Most of the girls at 13 and 14 years old who get pregnant here end up pregnant because of their ambition. Because they want better lives," said James, whose organisation helps to send more than 200 impoverished children from communities in May Pen to school each day.

That little girl's father, James said, was killed by gunmen. Her mother is nowhere to be found, and she lives with her grandmother, who can barely afford to take care of her.

"She lives beside three top high schools but because she doesn't have the average to attend those schools, she has to drive to Kemps Hill or Thompson Town, where it is like 50 miles per day go and come," he said.

"So not every day she can go school, but because she wants to go, a little taxi man down the road use that opportunity to exploit her and take her to school each day, and later you find that she is pregnant for him."

He continued, "We condemn her but it was just her trying to reach her goals and a big man mess it up. It is the same thing for the boys as well. They can't afford to go to school, and because of that, they take to the wrong company and get involved in crime."

James believes the government and schools in Clarendon should do much more to address the number of children staying home in the parish.

"I would like to ask the government: how do you save a youth who every time he pulls his back door he sees three top high schools but he cannot go to that school because he doesn't have a 90s average, and is placed at a school miles away where he has to pay far more for transportation?" James reasoned.

"That child will go to school two times for the week and the rest of the days he stays home. We are protecting the names of the schools and are destroying the youths."

TOO MANY ARE FATHERLESS

James shared that more than 100 of the 200 children the organisation sponsors are fatherless due to gun violence. Others are from parents who are mentally ill or crippled, while some are staying with relatives, friends and even strangers because they have no suitable homes and guardians.

Among such youth are brothers Jauvani and Ludean Miller, ages 12 and nine, respectively. Hailing from the gritty Effortville community, both are parent-less and live with their grandmother, Genniviennie Burth, who has been caring for them since they were toddlers.

Burth shared that she can hardly find money to send them to school each day, and that before they were registered on the education programme, the boys, students of Effortville Primary, missed school for days on end.

"It makes me feel real bad, sometimes it makes me cry. Grandmothers are the root, my responsibility is to find it when my daughter or son doesn't have it, but it is very hard to take care of boys, especially in the community that they come from," she said, noting that the youngsters have continually witnessed shootouts metres from their home, and that she is trying her best to ensure that they do not get mixed up in a life of crime.