Brutal justice! - Former inmate seeks cash from the State after losing sight from one eye in Linstead police lock-up 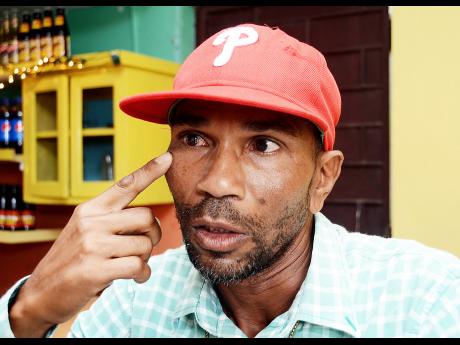 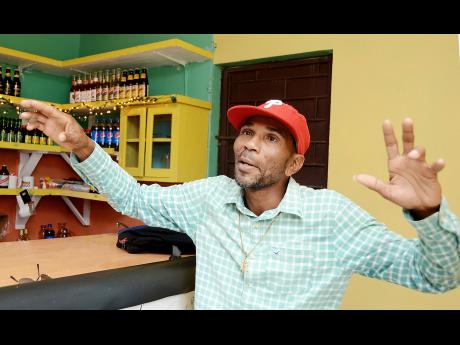 For three years, Clive Marriott was shuttled from one police lock-up to another in St Catherine as he waited for trial on a rape charge. By the time he was convicted, Marriott had lost his sight, having contracted a bacterial infection while in the Linstead police lock-up.

"I had a burning sensation and begged them to take me to the doctor. I begged and begged, but it was when I was sentenced to General Penitentiary (Tower Street Adult Correctional Centre) that they took me to the Kingston Public Hospital (KPH) after nearly a year suffering," Marriott told The Sunday Gleaner.

By that time, he had lost sight in both eyes and the burning sensation had developed into a thick, dark puss-like discharge.

Even as he spoke to our news team last week, Marriott said he was still having the discharge from his eyes, which has forced him to almost permanently wear dark glasses as the functioning eye "cannot take the glare of the sun".

"Riverton City dump is better than the Linstead lock-up. While I was in there I get the bacterial infection. I touched the walls and touched my rag, and then used the rag to wipe my face," said Marriott.

"When you are a prisoner and go to hospital with handcuffs, they treat you (bad). It was a Cuban doctor who told them at KPH that I had rights to medical attention. He treated me. I got something to flush the eyes, and over time, I started seeing from the left eye. That's the only one I am seeing from now," added Marriott.

Declined to do surgery

He said doctors at KPH declined to do surgery while he was incarcerated, over fears that the environment in the prison would cause him to be subjected to more germs.

Marriott's ordeal began in 1999, when he was arrested and charged with rape. Before trial, he would be moved from the police lock-up in Glengoffe to the one in Linstead, then a lock-up in Bog Walk, back to Linstead, the Spanish Town lock-up and then the Horizon Adult Remand Centre before he was found guilty in 2002 and sentenced to 10 years in prison.

"The woman they said I raped did not point me out in court. When they asked if she see the man in court she said no. And I will never forget what the judge told the jury. He told them to find me guilty, because he knows that she was afraid to point me out.

"All this time, my lawyer was not there yet. He came in late, and by the time he came, the jury was deliberating, and they found me guilty," said Marriott.

The sentence would be overturned in 2006 on appeal and he was released with $500 for his bus fare, and without the use of both eyes.

"You don't know what it is like to be in prison. The worst of life outside is better than the best of life in prison," lamented Marriott.

According to Marriott, since his release from prison, the past 12 years have been difficult as he has become the target of the police and gets blamed for everything wrong that takes place in his community.

The weight of the 'prison bud' tag and a desire for compensation caused him to seek help from the Office of the Public Defender. Not satisfied that enough was being done, Marriott turned to the human rights lobby group, Jamaicans for Justice (JFJ), for help.

"When you do the State wrong, you have to pay. The State did me wrong, so they should pay. And I have lost sight in one eye. The State should pay," said the 53-year-old father of three.

Marriott's case is one of 16 lawsuits filed with the help of JFJ seeking compensation from the State.

While not indicating how much money he is seeking from the State, Marriott said any money awarded by the court would go towards his dream of repairing the eye.

"I am still trying to clean up the eye and see if I can regain my sight," he said, adding that he is more hopeful than sure.