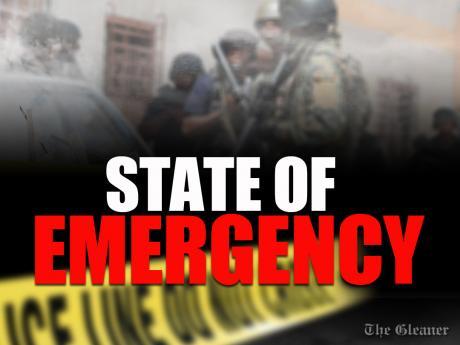 The Reverend Astor Carlyle, pastor of the Webster Memorial Church in St Andrew, has bemoaned the treatment of some detainees in the ongoing state of public emergency in St James, highlighting that many of those picked up by the security forces have jobs and families that may be affected.

Carlyle was delivering the keynote sermon at the United Church's 2018 Easter convocation yesterday, which was held at the Montego Bay Convention Centre in St James. The convention was held under the theme 'Disciples of Peace: Renewing and Transforming God's World'.

"It must bother us that in the search for some 60 (alleged) criminals, hundreds of our young brothers have been rounded up, some taken off jobs that they hold, and taken into untenable conditions, processed, and expected to return to their homes and families, as if this dislocation will not affect them. As members of the Church, we have the responsibility to restore the relationships of those individuals around us, to reinstate human integrity," Carlyle said.

Approximately 1,700 individuals have been detained and processed in St James under the state of public emergency since it was declared in January.

The Gleaner spoke to Public Defender Arlene Harrison Henry yesterday, and she reiterated that the security forces were not acting on intelligence and may have indeed caused quite a number of innocent individuals to lose their jobs.

"I am glad the Church is coming out. I have had to liaise with some pastors down there in St James whose congregants have been detained. I have worked with them in the process of trying to get these young men out, because many of them are employed. The impression I get is that many of them have lost their jobs. The security forces are not acting on intelligence.

"They pick up young men from what I regard as the poorer communities and they are kept for two to four days and then released. I learned that the security forces were in search of 55 persons. How did we come to pick 1,700-plus individuals, and up to now, we still don't have all of the 55 persons in custody," she said.