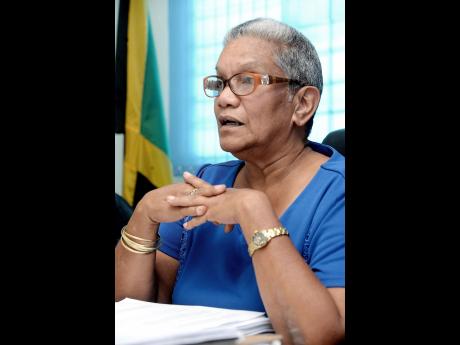 Arlene Harrison Henry, the nation's public defender, wants the state of public emergency in St James to come to a rapid end, as she believes it has failed to achieve its targets and is a means of detaining youth unlawfully.

The Gleaner spoke to Harrison Henry at her office in downtown Kingston yesterday, and she bemoaned the undesirable circumstances many innocent residents of St James have had to endure.

"I believe the state of public emergency ought to come rapidly to an end, and the earlier, the better. It can't enhance good relationships between citizens and the security forces," Harrison Henry bemoaned yesterday during an interview with The Gleaner.

"Dealing with mothers has been particularly painful. You have mothers who send their sons to shop because she is cooking, and on his way to the shop, he gets picked up by the police!" the public defender revealed.

She decried what she called the mass detention of males between the ages of 17 and 30, while disclosing that of the 1, 774 persons taken in custody, data recorded up to Sunday indicate that only 104 persons have been charged for offences including murder. Most others have been released.

"You release them after spending three, four and five days in custody, and less than 10 per cent have been charged. That has serious consequences as to whether that was lawful," argued Harrison Henry. "Even under a state of emergency, there is a minimum threshold that they have to meet before they deprive you of your liberty. They have to see you behaving a certain way or committing an offence," she asserted.

"What we are seeing is mass detention. I say that the vast majority are law abiding, as has been demonstrated by the police by releasing them. I am not sure what the exercise is about, except to bring the weight of the State against this particular group of citizens. It is wrong. We don't expect that only the 55 wanted persons would be in custody, but how did you get to 1, 774?" the public defender commented.

"The proof of the pudding is in the eating," he told The Gleaner. "We need more detailed analysis and a longer discourse to give full background. But the critical fact to look at is not the number of people charged so far. We have reduced murders by some 60 per cent in St James. What you are seeking to do is restore stability. Once you restore stability, which was the purpose of the enhanced security measures, you will restore confidence in the police."