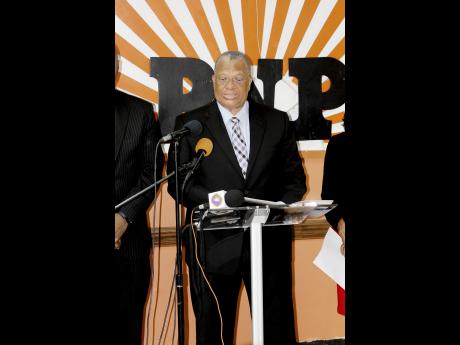 The governing Jamaica Labour Party (JLP) is preparing to vigorously defend the National Identification and Registration Act, better known as the NIDS Act, which is now the subject of a court challenge by the parliamentary Opposition.

JLP sources yesterday told The Gleaner that discussions have started as the Government prepares to respond to the Opposition's challenge to its efforts to establish transparent and secure identification for all Jamaicans.

"The Opposition has long indicated its intention to torpedo the legislation, and this is yet another effort that is doomed to failure," said one high-ranking government official who asked not to be named, as an official response should come from the Office of the Prime Minister today.

"If Jamaica does not implement this system, our citizens will be left behind, and it appears that is what the PNP wants," added the government official.

Yesterday, lawyers representing the People's National Party (PNP) filed action in the Supreme Court seeking a declaration that sections of the NIDS Act 2017 breach guaranteed constitutional rights of Jamaican citizens and legal permanent residents of Jamaica. The lawyers also asked the court to rule that sections of the act are null and void and should be struck down.

"The People's National Party supports the concept of a National Identification System and the use of modern technology in the administration of critical government services. However, the NIDS Act is flawed," said PNP President Dr Peter Phillips at a media briefing.

According to the PNP, several sections of the act breach Section 13 of the Jamaican Constitution.

"The sixth schedule further breaches the right of every citizen of Jamaica to be granted a passport and not to be deprived or denied, except by due process of law," added the PNP in documents filed in court

The Opposition has also asked the court to rule that "neither the manner nor the extent of the abrogation, abridgement or infringement of the constitutional right is demonstrably justified in a free and democratic society".

In addition, the Opposition is seeking a declaration that the provisions of Chapter III of the Constitution are likely to be contravened in relation to the claimant, (PNP General Secretary Julian Robinson), other Jamaican citizens and legal permanent residents of Jamaica by the provisions of the Act.

According to the PNP, it was forced to go to court because the bill was rushed through both Houses of parliament by the Andrew Holness administration despite pleas for amendments from the parliamentary Opposition and several civil society groups, including the Bar Association of Jamaica.

The PNP is also upset that the administration rejected calls for the bill to be sent to a joint select committee of both Houses of Parliament for more deliberation on aspects of the proposed act.

As a result, the Opposition said it is seeking an order that "the sections are null and void and are of no effect and should be struck down".

The Opposition added that it is also seeking other remedies necessary to give legal effect to the declarations, as well as costs.

The unconstitutionality of NIDS - PNP

- The right to security of the person;

- The right to equality before the law;

- The right to a passport;

- The right to protection of property rights; and

- The right to due process.

- The right to equitable and humane treatment from public authorities;

- Freedom from inhumane or degrading treatment.