Her body, her choice | Poll finds massive support for a woman’s right to have an abortion 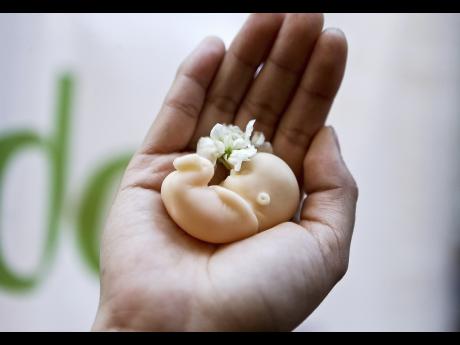 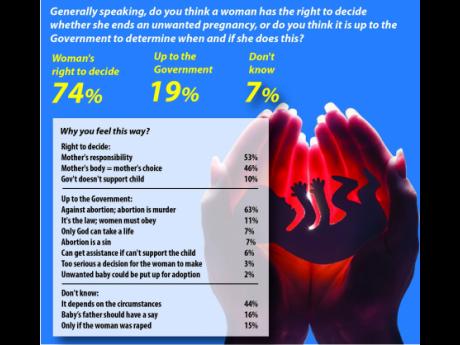 While seven out of every 10 Jamaicans are firmly against abortion on demand, an equal number are adamant that it is the woman's right to determine if she is going to terminate an unwanted pregnancy and not the Government's.

That's the finding of a recently conducted all-island poll by Johnson Survey Research Limited on a woman's right to choose.

The survey found that 67 per cent of men and 82 per cent of women believe the Government has no place in determining if or when a woman ends her pregnancy.

But the poll also found that 76 per cent of men and 74 per cent of women are dead set against any change in the law to allow the termination of pregnancy just because the woman does not want a child.

A vast majority of respondents are also against changes in the law to allow abortion if the contraceptive failed, or if the woman believes she cannot raise or take care of a child.

"It seems inconsistent, but it is not really," said pollster Bill Johnson.

"People think that women have the right to terminate a pregnancy, but at the same time they don't think the woman should terminate the pregnancy," added Johnson.

He noted that one in five Jamaicans agrees that the law should be changed to allow the women to terminate the pregnancy for any reason, but the number is lower when it comes to giving the Government that right.

"There is a difference between wanting the law changed and supporting the woman's right. Personally, I think the woman has the right to choose. It's her body and whatever she wants to do with her body, as long as the foetus is not viable, that's for the woman to decide.

"But at the same time, I am against abortion. If she gets a sprained ankle, it is her choice if she wants to go to a doctor, and it's the same with a pregnancy," added Johnson in a view similar to one of the two main reasons Jamaicans say it is the woman's choice.

Of those who said the Government should make the decision, 63 per cent said they are against abortion because it is murder, 11 per cent said it's against the law and the law must be obeyed, while 14 per cent said only God can take a life and abortion is a sin.

The latest poll was conducted between April 27 and 29 islandwide, with 1,000 Jamaicans between the ages of 15 and 49, and has a sampling error of plus or minus 3.5 per cent.